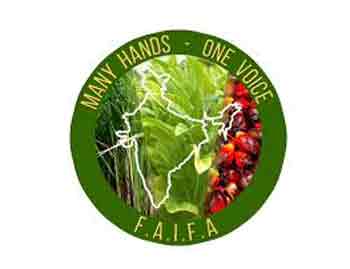 Federation of All India Farmer Associations (FAIFA), a non-profit organization representing the cause of millions of farmers and farm workers of commercial crops across the states of Andhra Pradesh, Telangana, Karnataka, Gujarat etc., today appealed Shri Narendra Modi Ji to recall the COTPA Amendment Bill as it will be a death knell for Indian FCV tobacco farmers. The proposed Amendment Bill, 2020 will provide huge boost to the ever-growing illicit cigarette business in India and will adversely impact the legal cigarette trade. As a result, there will be a drastic drop of demand for tobacco grown by Indian farmers and they will lose their only source of livelihood. FAIFA has submitted its appeal to various concerned Ministries such as the PMO, Ministry of Health & Family Welfare, Ministry of Agriculture, Ministry of Commerce & Industry, Ministry of Labour etc.

In the last few years, the Government has imposed harsh tobacco regulations such as increasing the size of pictorial warnings, imposing punitive taxation on Cigarettes with the tax burden more than trebling since 2012-13 and has even withdrawn export benefits. All these are leading to adverse consequences on livelihood of crores of Indians without providing any alternatives livelihood opportunities or help to farmers who cannot grow any other equally remunerative crop in the dry and arid regions they reside in.

Demanding withdrawal of the bill, Mr. Javare Gowda, President, Federation of All India Farmer Associations (FAIFA), said, “These harsh amendments that have been proposed will terrorise retailers and traders and they would not want to engage in the sale of legal cigarettes. As a result, criminal syndicates who have been pushing illegal tobacco will gain ground and will flood the Indian market with illicit cigarettes. Such illicit cigarettes may be of bad quality and will certainly not follow any of the regulations in force in India. Even currently illegal tobacco product packages do not carry the statutory warning. Since these illicit cigarettes do not use domestically grown tobaccos produced by Indian farmers, the result would be loss of earnings and livelihood of millions of tobacco farmers who are dependent on the crop in the country.”

Mr. Murali Babu, General Secretary, Federation of All India Farmer Associations (FAIFA), said, “We have noted that in the Amendment Bill all the provisions of the FCTC are being given effect to in full force and in some cases more than as required by FCTC. However, there still has been no talk or action taken regarding the actual problems that the tobacco farmers are going to face due to these proposed stringent laws. We appeal to Hon’ble PM to bring to light this anomaly and the direct impact such stringent laws are going to have on the members of this Federation and other tobacco farmers.”

India is the second largest producer of tobacco in the world and a large exporter. Tobacco is cultivated in 13 States in the country providing livelihood to 4.57 crore people, that includes lakhs of farmers, labourers, poor rural population and tribals and their families. There is no other country in the world like India which has a huge dependence on the tobacco crop for livelihood.

The FCTC keeps harping that its provisions in no way intend to bring harm to tobacco farmers in anyway and viable alternatives are being looked at so that tobacco farmers can make the switch to alternate crops. However, in reality the FCTC or any of the non-governmental organisations with vested interests have provided no alternative or solution to the tobacco farmer. All the material or actions by FCTC on the plight of tobacco farmers are mere ideas without any footing in reality, especially of the realities of a country like India where unemployment and situation of farmers are already under stress.

Yashwanth Chidipothu, National Spokesperson, Federation of All India Farmer Associations (FAIFA), said, “We believe that our government has been misled by bodies with vested interests. We urge the government to investigate the real agenda of tobacco control activists and NGOs who are promoting a false propaganda and have initiated litigation in various fora to disrupt the legal trade of tobacco products.”

The FCV farming community appeals to the policy makers to pay attention to the extreme pain and injury that is being faced by the tobacco farmers and do not bring any amendment which will precipitate the crisis going forward.

Flipkart trained over 10,000 farmers on product quality and food safety

Wheat farmers across the country benefitted from the higher market rates

All-India Consumer Price Index Number for Agricultural and Rural Labourers for the month of April, 2022 increased by 10 points