Education is the sector, which gives the Highest ROI for a country. The current education surveys paint a dismal picture of the manner in which we are preparing our future citizens. However with every new government- there comes new hope and therefore we hope that the new government will look at reforms in education which will power the country into the 21st century.

Here are my 4 expectations from the new Modi Government in the education sector:

1.       Create Competition: Currently it has been noticed that any schools tend to fleece the parents by putting unnecessary demands and hikes in fees and parents have no choice but to comply. Naturally, the complaints combined with populism results in legislations such as fee control – which hurt everyone –the schools, the teachers (who get pay cuts) and eventually the students as innovations come to a halt as the focus of school is purely on cost control. Instead of trying to “curb” the schools the government should create and environment toincrease the supply of school so that parents have a choice and the resulting competition will push up quality. In such a scenario – to attract the best of capital and minds to the sector; the government could also permit education models, which allow return on capital models in education without any scope for profiteering.

2.       Better PPP Participation:The task of educating the millions of the country cannot be done by the private or government sector alone. There is a trust deficit between the government and the private sector, which needs to be bridged. If the two can join hands with their respective strengths - the country can become the knowledge hub of the world. The Government tends to announce "well meaning" schemes in education but the is poor in implementation. Therefore it needs to Involve the private sector in implementation of schemes at the local level with clear outcome parameters defined. Else there is a danger that automation will take over the majority of jobs which our 19th century designed education systems is designed to create

3.       Encourage Education Startups: The current education system is broken- how can something, which was designed to produce workers and conformists for the assembly line work for the disruptive times of today? The solutions are not going to come from the current institutions or the government but through Education Startups especially Edtech. However, the school and college acceptance of new products and services is slow.The government should give income Tax and GST exemptions, SEZ type facilities for such solutions providers which are involved in up skilling, giving services to schools as the cost of the tax is passed on to the students. Furthermore, such Tax exemptions will enable them to stay afloat for a longer periods.

4.       Start the Voucher System: The Government should also experiment with the voucher system under which the government gives a "prepaid" voucher, which the parents can "spend" at any government or private institution. In this model the private and government sector would have to compete on quality to attract all segments of the population as opposed to the current system wherein the "haves" tend to go o the private school and the "have nots" (which are a majority) tend to join the government sector. This healthy flow of vouchers in the hands of the majority will attract the best of talents can capital to this much-needed sector and those who cannot compete will fail to survive. The customer will be truly king as he will have "choice"

India is unique country – we have populations living in sub Saharan conditions and need education to break the poverty cycle we have people who aspire to compete with the best in the world. Our challenges are unique and our solution to these challenges will be unique. Looking at Singapore, UK, Finland and imposing their “best practices” will not work. India has to look inwards and take the lead in education reform and I am positive that with the right intent- we shall find solutions to our challenges. With the new government – a new start we have to make a difference. The World is waiting for India. 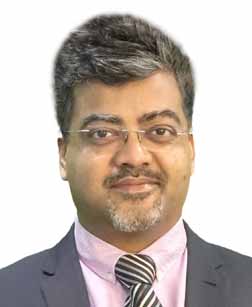 76 % parents think that children are most vulnerable to...