Home Tri City News Haryana News Everyone can get employment 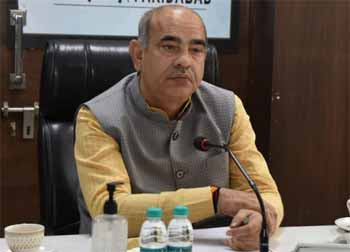 Sh. Mool Chand Sharma gave this information while interacting with media persons after attending the Mega Job Fair organized at the Gurugram campus of the University today as the chief guest.

He said that more than 26 companies offered employment to the youth during the Rojgar Mela.  Companies related to various sectors including banking, agriculture, security, manufacturing, education and health participated in it.  More than 1500 youth participated in it through online and offline mode.

He further said that during this time ICICI Bank and Maruti Company also gave offer letters to some youths. Apart from this, some companies also joined for the placement of Divyangs, so that they would also be able to get employment.

The Minister informed that in collaboration with the university, placement of students has been done in various national and international companies.  He said that it was mostly due to lack of information that youth remain unemployed.  It is our endeavor to bring companies together at one place and get placement done so that everyone can get employment.