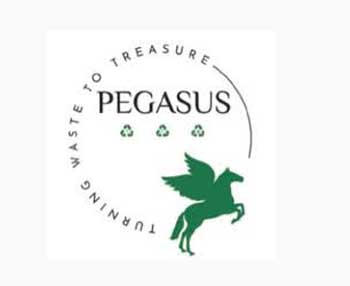 The Ministry of Environment, Forest and Climate Change (MoEF&CC)  will be coming up with a  hard set reframed   policy on electronic waste with more onus on producers .

“E-waste (Management) Rules, 2016, enacted since October 1, 2017 have been further strengthened in the new coming  policy which will bring change in perception of e-waste recycling market  in the country making  Electrical and electronic waste with its rich content of valuable metals as a major harvest point “ said Mr Ved Prakash Mishra, Director , The Ministry of Environment, Forest and Climate Change (MoEF&CC)  while speaking at an interaction on e-waste management organized by Pegasus Waste Management Pvt Ltd, an integrated  e waste recycling company late last evening .

E-waste (Management) Rules, 2016, enacted since October 1, 2017, had further strengthened the existing rules. Over 21 products (Schedule-I) were included under the purview of the rule. The rule also extended its purview to components or consumables or parts or spares of Electrical and Electronic Equipment (EEE), along with their products.

“The present E-waste management Rules 2016 had strengthened the Extended Producer Responsibility (EPR), which ensured the take-back of the end-of-life products. A new arrangement entitled, ‘Producer Responsibility Organisation’ (PRO) was also introduced to strengthen EPR further. PRO, a professional organisation, was mostly  authorised or financed collectively or individually by producers, to share the responsibility for collection and channelisation of e-waste generated from the ‘end-of-life’ products to ensure environmentally sound management of such e-waste.” Said Mr Mishra .

“India is currently the world’s Third largest producer  of e-waste after the US and China but with a very low e-waste recycling facility. Presently only 300 recyclers are registered in the country but the rate of e-waste collection is very high in India owing to its valuable content. Unfortunately, the collection and recycling of e-waste is predominantly being done by the informal or unorganized labour through highly environmentally degradative ways, which cause serious health hazards. The new policy will help in formalizing  the unorganized sector and strengthen the organised recycling units” said Mr Mishra.

“At Extended Producer Responsibility (EPR) extends the responsibility of producers beyond the consumer stage for collection, storage, transportation and environmentally sound dismantling and recycling of e-waste and creating awareness among consumers through the instrument of EPR Authorisation.” Said  Mr Mishra.

“ Apart from responsibility of big companies, people and Resident Welfare Associations should come forward as most of the e waste is lying in houses of public .The government should give incentive for buying new electronic products if one disposes off the old e waste . A platform is needed to be created for e waste thus making e waste recycling viable in the country. “ said Mr Sandeep Kumar, Regional director (Gurgaon South), Haryana state pollution control board while speaking at the interaction .

“All e-waste is valuable as it is highly rich in metals such as copper, iron, tin, nickel, lead, zinc, silver, gold, and palladium. Printed Circuit Boards (PCBs) contain rare and precious metals such as ruthenium, rhodium, palladium, osmium, iridium and platinum – which are together referred to

as the Platinum Group Metals (PGM). But due to lack of awareness the consumers are selling their e waste to unorganised sector which extracts these precious metals and sells the balance e waste to recyclers . which does not make recycling viable for the recycler” said Mr Praveen Bhargava, CEO, Pegasus Waste Management Pvt Ltd, a company which has setup its state of the art e waste recycling unit at Binola, Gurugram in Haryana.

“Electronic waste includes discarded computer monitors, motherboards, mobile phones and chargers, compact discs, headphones, television sets, air conditioners and refrigerators. Some of the e-waste is extremely complex in constitution and hence difficult to recycle, while the other does not even have environmentally sound recycling technologies. The existing recycling facilities face the issue of  lack of steady supply of raw materials. This is mainly because consumers, owing to lack of awareness about the hazardous impact of inappropriate e-waste recycling, sell their electronic waste to informal recyclers for quick money as it is easier and faster. Thus, registered recycling units are deprived of a regular supply of e-waste which is crucial for their sustenance. Currently, the authorized e-waste recycling facilities in India capture only a small amount of the total e-waste generated and the rest makes its way into informal recycling.” Said Mr Bhargava.

“ Setting up recycling facilities is costly and advanced recycling technology is expensive and makes large investments risky, especially when sourcing of e-waste is a challenge. Most of the formal recycling companies in India limit their role to only pre-processing of e-waste, wherein the crushed e-waste with precious metals is exported to smelting refineries outside India. An end-to-end solution for e-waste recycling is still not available in India.” Said Mr Bhargava.

Mr Kuldeep Singh, Regional Officer, Gurgaon (North), Haryana State Pollution Control Board has emphasised that these types of interaction meet should be done in Gurgaon and other locations in Haryana and HSPCB will extend its support for the same.