Total Read - 278        Comments - 2
INVC,, .H. Khwaja, Secretary, Ministry of Tourism said it is time for both India and Indonesia to identify areas of cooperation and explore new opportunities to expand tourism opportunities. Addressing the 2nd Joint Working Group meeting on tourism cooperation between India and Indonesia here today, Shri Khwaja said these areas are especially in the field of research and development, education and training, promotion, investment, private sector cooperation, cooperation in Meetings, Incentives, Conferences and Exhibitions (MICE) Tourism etc. He also expressed a hope that the meeting would be useful in enhancing tourism cooperation between the two countries. Shri Khwaja gave detailed information on tourism products of India such as Rural Tourism, MICE tourism, and luxury trains like Palace on Wheels, Royal Rajasthan on Wheels, Deccan Odyssey, Maharaja Express and Fairy Queen. The facilities available in India for Human Resource Development in travel and hospitality sector were also given to the visiting group. Mr. Wardiyatmo, Secretary General, Ministry of Culture and Tourism, Government of Indonesia and the head of the Indonesian delegation, expressed his sincere thanks to the Indian side and exchanged views on the economic, social and political importance of tourism for their respective countries and expressed the need for strengthening the cooperation in the field of tourism. Both the sides agreed to establish mechanism to encourage exchange of information related to tourism resources, tourist arrivals to understand the dynamics of tourism sector in each other’s country and provide an opportunity to share experiences. Besides this, they gave an overview of the ‘Tourism Sector’ in their respective countries and underlined its potential for employment and growth. Both the sides expressed a view that increase in the flow of tourists would further enhance bilateral relations between India and Indonesia and also provide impetus to the growth of the tourism sector in their respective countries. A Memorandum of Understanding (MoU) on Tourism Cooperation signed between the Government of Republic of India and the Government of Indonesia at this 2nd Joint Working Group meeting. The 1st Joint Working Group meeting was held at Yogyakarta, Indonesia on 27- 28th August, 2009. The Indian delegation was lead by Shri R.H. Khwaja and the Indonesian delegation was headed by Mr. Wardiyatmo. Under this MoU, assistance will be given to the NTOs’/Tourism Boards of each other’s country in carrying out promotion and marketing activities to increase the tourist traffic and partnership programmes will be developed between leading academic institutions in tourism sector of both countries. Earlier, Shri Anand Kumar, Joint Secretary (Tourism), Government of India welcomed the delegates, both from Indonesia as well as from other ministries/organizations of Government of India namely Ministry of External Affairs, Ministry of Culture, ITDC (India Tourism Development Corporation) etc. [caption id="attachment_21694" align="alignnone" width="300" caption="The Secretary Ministry of Tourism, Shri R.H. Khwaja and the Secretary General, Ministry of Culture & Tourism, Indonesia, Mr. Wardiyatmo at the meeting of 2nd Joint Working Group on Tourism Cooperation between India and Indonesia, in New Delhi on December 20, 2010."] 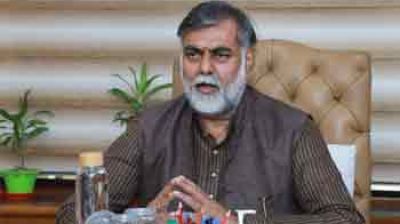 Dekho Apna Desh Series gets a huge thumbs up

Thanks for sharing this its a very useful information for me.

This is my love.