Home Business Energy Storage System shall be an integral part of the power system... 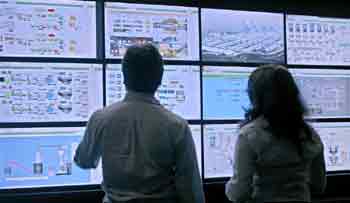 The Union Minister of Power and New and Renewable Energy, Shri R.K. Singh interacted with Renewable Energy developers, industry and various government representatives to discuss the elements of the draft Policy on Energy Storage system to promote the creation of storage systems on a large scale across the country. The policy aims at the creation of technology-agnostic storage system across the value chain of the electricity sector viz. at generation, transmission, and distribution levels.

In the meeting held on 25th January 2022 with representatives of the industry, Shri R.K. Singh galvanized the industry representatives and called for their active participation in establishing storage systems and associated manufacturing industries domestically within the country.

The minister also took a subsequent meeting today with Principal Secretaries and CMDs of Renewable Energy Rich States viz. Punjab, Rajasthan, Maharashtra, Andhra Pradesh, Karnataka, Telangana, Kerala, Tamil Nadu, Gujarat & Madhya Pradesh. The States welcomed the policy initiative taken by the Government of India for promotion of Storage Systems in the country. They also highlighted the efforts being taken on their side to promote pumped storage projects and Battery Energy Storage Systems.

Shri Singh stressed on the need to establish storage systems on a wide scale in the country. He informed that Energy Storage System (ESS) shall be an integral part of the power system under the Electricity Act and that setting up of standalone ESS may be made as a delicensed activity.

Energy Storage Systems will benefit Generating Companies, Distribution Companies of the States, Grid Operators, and other players in the electricity value chain. They will facilitate Peak shifting, Peak Shaving, Ramp up/ramp down, and Frequency Control in the system and enhance the utilization of the Transmission System. ESS is considered essential for a smooth energy transition from coal-based to renewable sources and to a cleaner environment. Highlighting the elements of the proposed policy, Shri RK Singh stated that storage will henceforth be a part of the Renewable Purchase Obligation.

Shri R.K. Singh also stated that the curtailment of renewable energy will be penalized under the provisions of the Act. As per the proposed policy, ESS developer shall be granted Inter-State Transmission System connectivity under General Network Access (GNA) allowing them to sell/ purchase power from any part of the country. Quantum of ESS included with Round-The-Clock (RTC) Renewable Energy shall be counted as Renewable Purchase Obligation (RPO) for storage. Renewable Energy Certificates (RECs) may be issued to ESS. Discoms/ Obligated entities can set up own storage or procure storage capacity or lease storage space from public or private ESS developers. Any sale of electricity from storage or sale/ lease of storage space may be through open competitive bidding or Power exchange or through tariff fixed u/s 62. The policy proposes that transmission cost for RE shall be waived both at the time of charging the storage as well as at the time of selling the stored RE. The participants gave their suggestions.

The participants were requested to submit any further suggestions within 15 days.

India prepares for the energy transition from fossil fuel to non-fossil fuel based energy systems and aims to achieve the reduction in GHG/CO2 emission by 1 billion tonnes by 2030.  For this, India will install a total of 500 GW of non-fossil fuel capacity. Energy Storage systems are going to play a larger role in facilitating the large scale integration of the renewable energy sources.

In the recent COP-26 summit at Glasgow, India has upped its target of electricity from non-fossil fuel-based sources to 500 GW by 2030. About 50 % of total energy consumed by 2030 is expected to come from renewable sources. The country is also aiming to have Net Zero Emissions by 2070. Nearly 450 GW out of 500 GW will come from Renewable Energy sources. Energy Storage systems help in maximizing the utilization of renewable energy.