INVC,, Dhenkanal ,Odisha, Er. Debashisha Hota , the convener of Krishak Sangharsh Samiti, reached at Dhenkanal railway station by Hirakund Express after meeting with the NHRC chairperson regarding the farmers' issues of Odisha. He was welcomed by hundreds of farmers who gave slogans against the guilty SP Satish Gajavia. The NHRC chairperson assured us to take legal actions against the guilty Dhenkanal SP Satish Gajavia and also suggest the Central Government to shut-out the problem of un-natural growth of elephants & highly polluting industries in Dhenkanal district , Er. Hota briefed the Press at the railway station. 25 district level farmer leaders by the leadership of Er. Hota along with the District Secretary Niranjan Sahu , Treasurer Ranjan Lenka , Gondia Block President Sudhanshu Nayak , Kamakhyanagar Block President Pramod Sethy and Bhuban block worker Pravakar Poi , convinced the highly placed officers of NHRC at New Delhi by placing written proofs before them regarding this matter. For this One human right violation Case was registered by the number 1063/18/4/2011 at National Human Right Commission (NHRC) against the SP for his brutal torture to farmer leaders during the 8 day long hunger strike of Er. Hota from last 23rd May 2011. This great farmers’ movement has been started from 4th March Bhuban block gherao. After a long & massive agitation the collector invited Er. Hota for discussion on 4th April , where he agreed to fulfill 20 demands. Since , he failed to his voice in last one & half month , Er. Hota sat for hunger strike till death from 23rd May in front of Collectorate by giving proper notice. The collector avoided to reach at the hunger strike place for long 6 days. This agitated the general public. Thousands of farmers moved to the roads for agitation. More than 250 arrested. 4 district level leaders including the district treasurer Ranjan Lenka was beaten severely by the SP in front of thousands of workers. By keeping in mind that day by day the agitation is rolling ahead, the collector assured Er. Hota to fulfill the 20 agreed demands within 20th June. Only after this assurance , Er. Hota break his 8 day long fast for the greater interest of the farmers. I’ve a great faith on the constitution of India and hope that the chairperson of NHRC will give justice to our grievance and the guilty SP will be punished by law, Er. Hota added.
Read the full article
Tags: agriculture news health invc Er. Debashisha Hota 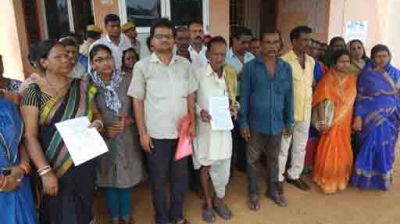 Then we will be compelled to agitate in a democratic... 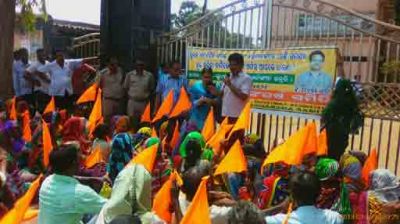