Efforts would be made to create new tourist destinations

INVC NEWS Shimla, The State Government was endeavouring to promote tourism in a big way with special emphasis on developing basic infrastructure in virgin tourist destinations in the State. This was stated by the Chief Minister Jai Ram Thakur while reviewing the progress in various projects being implemented in the state under Asian Development Bank here today, with the senior officers of the Tourism Department and representatives of ADB.

Chief Minister Jai Ram Thakur said that a Rs. 1900 crores tourism infrastructure development project to be funded by the Asian Development Bank (ADB) has been approved for the State for development of tourism infrastructure in the urban and rural areas of Himachal Pradesh. He said that the main focus of this Project would be to create basic facilities and tourism infrastructure in rural areas of the State and develop new tourist destinations in the State. Jai Ram Thakur said that with the help of this ADB funded project, the state would be able to develop tourism in rural, unexplored areas and improve the infrastructure of the towns and also generate employment for the local youths and showcase Himachal as the best Natural Tourist destination State. He also stressed the need to prepare DPRs for various projects under the ADB project within the stipulated time period so that the works could be started at the earliest. Chief Minister  said that  focus on diversification of tourism in new and rural areas by developing tourism infrastructure, create livelihood and employment opportunities in these area would be the focus of the ADB Projects. He said that efforts would be made to create new tourist destinations for the tourists with self sustaining infrastructure and facilities. Additional Chief Secretary, Tourism Ram Subhag Singh said that the project would have both hard and soft components and would include beautification of towns, development of unexplored areas, conservation and restoration of heritage buildings, infrastructure development in adventure, eco, rural tourism with emphasis on community participation and employment generation. He assured the Chief Minister that the DPRs would be prepared within the stipulated time period so that the funds were released by the ADB. Experts of ADB Ms Alexandra and Vivek also expressed their views on the occasion. Additional Chief Secretary cum Principal Secretary to the Chief Minister Dr. Shrikant Baldi, Additional Principal Secretary to the Chief Minister Sanjay Kundu, Director Tourism C.P. Verma and Project Director ADB Parveen Gupta were present on the occasion among others. 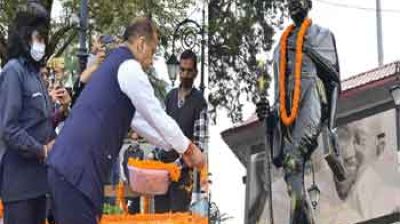 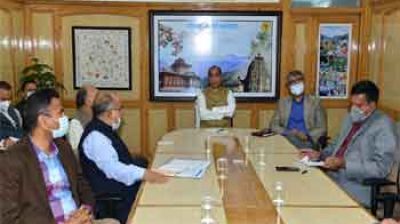 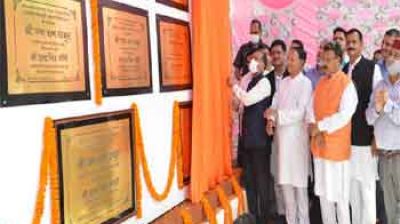 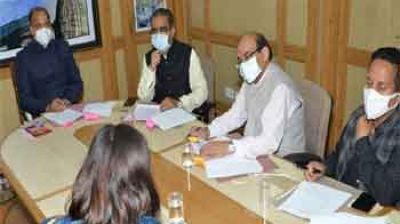 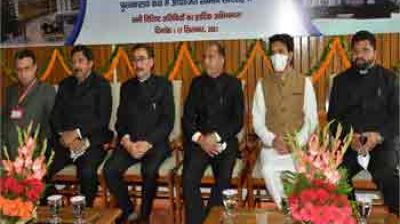