INVC NEWS New Delhi, Union Environment, Forest and Climate Change Minister, Dr. Harsh Vardhan, launched ‘Gaj Yatra’ here today, a nationwide campaign to protect elephants on the occasion of World Elephant Day. The campaign is planned to cover 12 elephant range states. Addressing the gathering on the occasion, Dr. Vardhan urged the people to prepare a strategy for a more even distribution of the elephant population in all the states of the country. The Minister emphasised that an attempt must be made to bring to an end the chapter of man-animal conflict. He added that a war must be waged against poachers and hunters who harm elephants and other wildlife. Calling for proactive, innovative and out-of-the-box ideas, Dr. Vardhan said that efforts for elephant conservation must bring about a qualitative improvement by the next World Elephant Day. Dr. Vardhan pointed to the need to broad-base the movement for conservation of elephants and to involve people from all walks of life in the conservation of elephants and other wildlife. He emphasised the immense energy and potential of children in making such movements successful, as was the case with the anti-Polio campaign. The Minister said that an effort would be made to install the models of elephants being carved out from waste material at prominent public places like Parliament, Rashtrapati Bhawan and at the Ministry’s premises in Indira Paryavaran Bhawan. The Environment Minister released the All India Census 2017 Report on elephants as also the Agreed Points of Action on Trans-Boundary Conservation of Elephants by India and Bangladesh and a document titled ‘Right of Passage’ on elephant corridors in India. A compilation, ‘Glimpses of Initiatives Taken for Elephant Conservation in India (2012-2017) based on Parliamentary Questions and Replies’ by ENVIS Centre, WWF-India and the Project Elephant Division, MoEF&CC, was also released. The publication covers the concerned environmental issues in the form of a compact disc, which can serve as a ready reference source for scientists, policy-makers, technocrats and others concerned with the cause of conservation and sustainable development. Later, Dr. Vardhan administered a pledge on elephant conservation to the children present on the occasion. The Director-General Forest and Special Secretary, MoEF&CC, Shri Siddhanta Das, Director, Project Elephant, Shri R.K Shrivastav, Director, Wildlife Trust of India, Shri Vivek Menon and Prof R. Sukumar also addressed the gathering. During the period of the campaign, artists and craftsmen will create life-size works on the theme of elephants in places along the route of the roadshow, covering 12 states that have wild elephants, using local art and craft. Specially fabricated vehicles will be deployed to display these on pre-determined routes with campaigners. The ‘Gaju’ mascot, which was released by the Ministry in 2012, will be helm the campaign. The campaign will be led by the Wildlife Trust of India. Actor and wildlife enthusiast, Ms. Dia Mirza, participated in the walk and run event organised on the occasion along with the children. WORLD ELEPHANT DAY: BRIEF BACKGROUND World Elephant Day is an annual global event celebrated across the world on August 12, dedicated to the preservation and protection of elephants. The goal of World Elephant Day is to create awareness about the plight of elephants and to share knowledge and positive solutions for the better care and management of captive and wild elephants. African elephants are listed as “vulnerable” and Asian elephants as “endangered” in the IUCN Red List of threatened species. As per the available population estimates, there are about 400,000 African elephants and 40,000 Asian elephants. World Elephant Day is celebrated to focus the attention of various stakeholders in supporting various conservation policies to help protect elephants, including improving enforcement policies to prevent illegal poaching and trade in ivory, conserving elephant habitats, providing better treatment for captive elephants and reintroducing captive elephants into sanctuaries. The elephant is part of India’s animal heritage and the Government celebrates this day to spread awareness about the conservation of the species. Though a nation-wide population census exercise for elephants is conducted every five years, this is the first time than an all-India synchronised elephant census was carried out one year in advance, to avoid errors in estimation arising from the significant movement of elephants across different states. The field operations of the census were completed in May 2017 and data has been compiled on direct count, indirect count (dung count), waterhole and salt lick observations. Elephant distribution mapping has also been done. World Elephant Day was conceived in 2011 by Canadian filmmakers Ms. Patricia Sims and Mr. Michael Clark of Canazwest Pictures and the Secretary- General of the Elephant Reintroduction Foundation of Thailand, Sivaporn Dardarananda. It was officially funded, supported and launched by Ms. Sims and the Elephant Reintroduction Foundation on August 12, 2012. Since then, Ms. Sims continues to lead and direct World Elephant Day, which is now supported by over 65 wildlife organisations and many individuals in several countries across the globe. 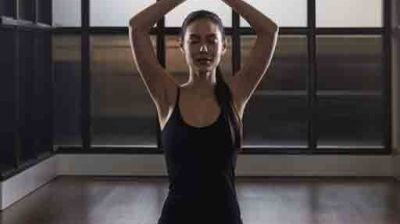 When you respect your body, you are respecting yourselves as...

Governments, industry and philanthropy must pool resources to pay for...

Women must be empowered to decide for themselves