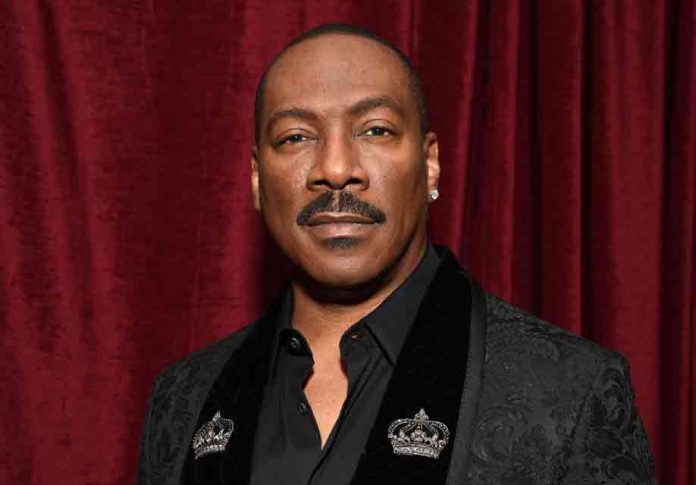 Today, it was announced Academy Award-nominee and Emmy-winner Eddie Murphy will star in Prime Video’s holiday comedy Candy Cane Lane. Reginald Hudlin (Boomerang) will direct the film, from Amazon Studios, Imagine Entertainment, and Eddie Murphy Productions, from a spec script written by Kelly Younger and inspired by Younger’s childhood holiday experiences. The film, which Murphy is also producing alongside Imagine’s Brian Grazer and president of features, Karen Lunder, and Charisse Hewitt-Webster, reunites the team behind the hit romantic comedy Boomerang, and marks the seventh feature collaboration for Grazer and Murphy. Plot details are being kept under wraps, and production will begin this winter in Los Angeles.

Candy Cane Lane, which will premiere on Prime Video in more than 240 countries and territories worldwide, is the first film falling under Murphy’s three-picture and first-look film deal with Amazon Studios. Formalizing Murphy’s relationship with the company, the deal came on the heels of the huge success of Prime Video’s Coming 2 America, which was the #1 streamed movie its opening weekend. The film also had the #1 opening weekend of any other streaming movie in 2021 at that time and had the #1 opening weekend of any streaming movie in the past 12 months (post-COVID theater closures), per third party Screen Engine/ASI’s weekly PostVODTM ranking. The film also topped Nielsen’s weekly streaming rankings among all streamed SVOD content and was Nielsen’s  #1 streamed movie of 2021 among Black audiences.

“The holiday season is my favorite time of year—just ask my family about my nine-hour Christmas playlist!” said director Reginald Hudlin. “I‘m excited to be working again with Eddie Murphy, Brian Grazer, and Amazon.”

“As we know firsthand with our hit Coming 2 America, Eddie is someone who brings global audiences together, and we can’t wait to make it happen again!” said Jennifer Salke, head of Amazon Studios. “We look forward to seeing the multi-talented Reggie Hudlin take the helm in bringing this future holiday classic to life!”

An exceptional box office performer, Murphy is on a very short list of actors who have starred in multiple $100 million-grossing pictures over the past four decades, from Beverly Hills Cop to Daddy Day Care. He recently produced and starred in Prime Video’s Coming 2 America and portrayed the legendary underground comic personality Rudy Ray Moore in Netflix’s Dolemite Is My Name, a performance which garnered him widespread critical acclaim, as well as a Golden Globe nomination for Best Actor in a Motion Picture Musical or Comedy and a Critics Choice Association nomination for Best Actor. Additionally, he recently received an Emmy for Outstanding Guest Actor in a Comedy Series for his return to his comedy alma mater, Saturday Night Live. Up next, Murphy will produce and star in Netflix’s Beverly Hills Cop 4 and star opposite Jonah Hill in a Kenya Barris-directed comedy You People for Netflix. Previously, Murphy received rave reviews and critical acclaim for his portrayal of James “Thunder” Early in the DreamWorks film Dreamgirls, a performance which garnered him Golden Globe, Screen Actors Guild, and Broadcast Film Critics Association Awards for Best Supporting Actor in a Motion Picture, as well as his first Academy Award nomination in the same category.

Oscar and Emmy-nominated producer and director Hudlin has directed films like House Party, Boomerang, Marshall, The Black Godfather, and Safety. Additionally, he has produced movies such as Django Unchained and Bebe’s Kids and series such as Phat Tuesday, Friday Night Vibes with Tiffany Haddish, The Boondocks, and the Black Panther animated series. He is the second African American to produce the Oscars and the first to produce the Emmys, which he is producing for the third consecutive year. Hudlin is also a comic book writer and has created award-winning runs on The Black Panther, Spider Man, and is the co-owner of Milestone Media, developing multi-ethnic superhero properties for print, movies, and television in partnership with WarnerMedia.

Younger’s credits include writing and developing several projects for The Muppets Studio, having already co-created and co-executive produced Muppets Now, and written and co-executive produced Muppets Haunted Mansion, a 2022 PGA Award-winner for Outstanding Children’s Programming. Additionally, Younger has story credit on Disney Animation’s Ralph Breaks the Internet. He also contributed to Frozen 2, Moana, and Raya and the Last Dragon during his time serving as a member of the Disney Animation Story Trust.

Trailer out now: Watch Ammu’s thrilling journey as she rises like a Phoenix from the ashes

Harry Styles is proud to be a part of My Policeman : Not a gay story, but a tender loving human story about love