Downward revisions of GDP growth rate are bound to reflect in the consumption-driven retail industry. Demand across multiple sectors continues to fall as Index of Industrial Production (IIP) or factory output in September contracted by 4.3% - the lowest in almost eight years.

Discretionary spends remain low and the ticket sizes of purchases have shrunk – with predictable impact on retail leasing activity. Slow sales and sluggish activity across sectors such as automobiles, fashion and telecom are translating into reduced leasing across retail spaces as players shift their operational strategy.

Besides general consumption slowdown, the automobile sector has been plagued by sector-specific issues. As per data provided by industry body SIAM (Society of Indian Automobile Manufacturers), the sale of passenger vehicles declined by a whopping 20.22% in April-October 2019 over the same period last year. The only exception was the festive month of October, which fared marginally better.

New safety and emission standards have pushed up the cost of vehicles and several states have also raised taxes on car sales. Also, banks and finance companies that provide financing to both automobile dealers and consumers have been severely hit by the credit crunch. As a result, the existing players are not keen on expansion. Nevertheless, 2019 did see new global auto manufacturers set up shop in the major Indian cities – a trend likely to continue in 2020 as well.

In the fashion and apparel industry, sales of several brands have been hit by poor consumer spends. Even during the festive season, same-store sales shrunk and retailers are minimising capital-intensive ventures by scaling down expansion plans.

The apparel industry has been hit with a triple whammy- GST, credit squeeze on small and medium enterprises, and increased competition due to slowdown in global demand. According to the Apparel Export Promotion Council, India’s ready-made garments exports display a downward graph. Estimated at USD 1107.18 million in October 2019, the country’s apparel exports fell by 2.1% from the corresponding period last year.

The telecommunications sector was a major consumer of shop spaces in previous years, spurred by the nation’s growth story and deepening mobile internet penetration. This sector now faces its most turbulent phase in decades and is witnessing large-scale consolidation due to mergers and acquisitions.

Among the retail verticals that continue to show growth are F&B, family entertainment centres, cinemas and beauty/wellness boutiques. These verticals have seen a decent rise in space leasing and are doing fairly good business depending on factors such as location, accessibility, brands, etc.

Though rising rentals in prime locations hinder the growth plans of many brands, Indians’ affinity to eating out and entertainment remains undiminished.

It’s very obviously not business as usual in the Indian retail sector, and retailers have had to reduce costs – not least of all by realignment of retail spends.

Many retailers must now consider consolidation and realignment of their operational structure. Long-vision players are taking steps to boost productivity through technological innovations, automation of production and analytics-driven decision making. The retail sector is also renewing its focus on consumer-centric strategies in order to strengthen customer loyalty.

The government is taking steps to push consumption and demand through various economic steps and policy changes. A major step in this direction was the relaxation in the FDI norms in single-brand retail and expansion in the definition of mandatory 30% domestic sourcing norms.

This helped foreign retailers like Ikea and Apple, who will now find the Indian market more lucrative for business and investments. Many more foreign brands have been in a wait-and-watch mode because of the difficulties imposed by sourcing norms. Now, many such players can now foray into India to tap into the country’s long-term consumption potential.

The depreciation rate for cars has been increased from 15% per annum to 30% and is likely to spur demand. A series of cuts in the repo rate by the RBI all through 2019 may further push loan-based consumption. In fact, positive domestic passenger vehicle sales finally increased by 0.28% during the festive month of October. As per SIAM data, auto companies sold a total of 2,85,027 passenger vehicles in October, against 2,84,223 in the same month last year.

Retail Revival on the Cards?

India’s retail sector is projected to grow to $1.3 trillion by 2020 from the level of $672 billion in 2017, and many retail players feel that the current slowdown is a short-term phenomenon. Optimistic about the future growth prospects of retail, they maintain that the size of the Indian population, consumption and demand will drive organised retail growth in the future.

However, it will take more than optimism to pull the retail sector out of its current tailspin. What the retail industry needs is strong demand dynamics, sizeable funding and consistent policy support from the government to get past the slowdown.

Private equity investors pumped in excess of US$ 2.1 billion funding in India’s retail sector between 2015 to Q3 2019 period with majority inflows originating from US, followed by Singapore. As the economic challenges remain a grim reality, the retail industry is counting on more such avenues for raising funds to keep its prospects alive.
_______________ 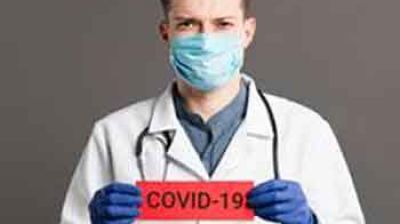 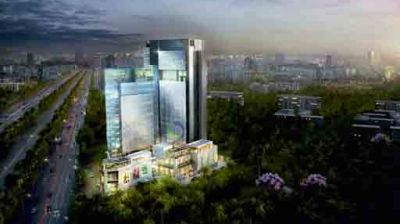