INVC NEWS Chennai, Eastern condiments has instituted an award to recognise women who have excelled in their life, and who have been an inspiration to many. On the occasion of the Women’s Day the Eastern Group is happy and proud to honour these unsung heroes under the ‘Eastern Bhoomika Iconic Women of Your Life’ initiative, at a Crowne Plaza, Chennai on March 8.Former IAS officer Santha Sheela Nair inaugurated the function along with Smt.AnupamaShivaraman vice-chairperson of FICCI FLO and Mrs Shiva priya Balagopal Head of R&D, Eastern Condiments addressed the gathering. PreethiSreenivasan(Co-founder Soulfree) , Uma Muthuraman(Founder of Suyam), Saranya(student) , Anitha(nurse) ,PadmavathyNarasimhamoorthy(Founder AWPT), Dr SuprajaDharani(founder Trustees), NeghaShahin(Leader Trans Right Now Collective), Praveena Solomon(First few women  to manage crematorium), Rajalakshmi Ravi(Founder Tanker Foundation) were the proud recipients of 2018 Chennai Eastern Bhoomika awards. The sole motive of Bhoomika campaign is to honor  women that one feels made a difference, one who gave a strength to the life of others or society at large. As many women have the strength to press for progress and innate potential to scale new height to achieve success in their respective field. One can nominate their special women who inspired and motivated them. The candidacy and selection for the award will be based on the write up of 60words and photograph of those women posed by various participants through the mail and social media sites, a panel will select those special women. Bhoomika being a salute to the womanhood, Eastern is paying tribute to their 47% workforce of women who have played a major role in making Eastern the largest manufacture of spice blends in India. Out of the total employees of Eastern Condiments, Eastern is proud to have great number of women as their team members including leadership roles. The grand success of Bhoomika Awards Has been celebrated across India in 7cities in India and over 70 women were honoured in Chennai,Kochi,Bengaluru, ,Hyderabad,Lucknow, Agra and Varanasi. 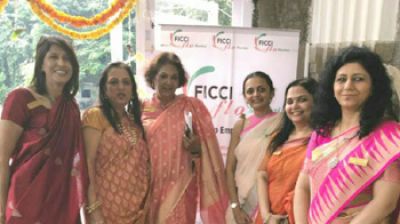 We help the child become aware of his own rights