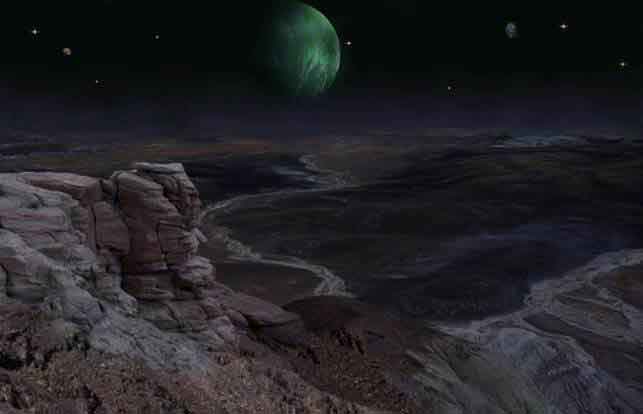 On the morning of 15 February 2013, a research team in Central Europe was preparing final recommendations for submission to a United Nations subcommittee on establishing an international response mechanism to deal with the effects of an asteroid impact on Earth. The US space agency NASA said in a presentation that the asteroid ‘2012 DA14’ will pass 27,700 km from Earth at noon that day – which is closer than the orbit of meteorological and communication satellites.

However, on the same day a different asteroid exploded 30 kilometers above Chelyabinsk in Russia. Its tremors shook the Earth’s walls, shattered the windows of houses and injured more than 1,600 people, while no one knew that this asteroid was heading towards Earth. The atmosphere protects the Earth from asteroids 30 meters or smaller in size. The asteroid that exploded over Chelyabinsk was between 14 and 17 meters in size. The asteroid’s high speed of 19 km per second relative to Earth enabled it to dodge. Asteroid 2015 HD1 was detected by NASA’s Mount Lemon Survey Telescope on April 18, 2015.

It was discovered before it reached 73,385 km near the Earth. If it were to move on its way and hit the earth, then those coming in its sphere of influence would have to bear the consequences. The chance of an asteroid hitting Earth is very small, but if it does, it will have dire consequences. However, an asteroid impact is the only disaster the global community can avoid provided appropriate warnings are given.

The explosion over Chelyabinsk was warned and heeded. The Scientific and Technical Sub-Committee of the United Nations Committee on the Peaceful Uses of Outer Space (UN COPUOS) accepted the research team’s recommendations. It was welcomed with satisfaction by the United Nations General Assembly (UNGA) in December 2013. An international response mechanism was quickly established to estimate the impact of the asteroid. The International Asteroid Warning Network (IAWN) was established in January 2014. The Minor Planet Centre, a member of the International Astronomical Union, hosted the inaugural meeting at the Harvard and Smithsonian Center for Astrophysics in Cambridge, US.

IAWN members include 40 professionals and observatories from around the world who have signed a letter of intent to join the network. Each observatory bears its own operating expenses. The Space Mission Planning Advisory Group was established in February 2014. Its main purpose is to prepare for an international response to threats posed by near-Earth objects. However, protecting Earth lies in the decision-making process. PLC/GT

On Mars will no longer need to carry oxygen from Earth

NASA will bring samples of Mars to Earth by 2033