Home Editorial Articles E-waste is one of the largest and most complex non-biodegradable waste streams... 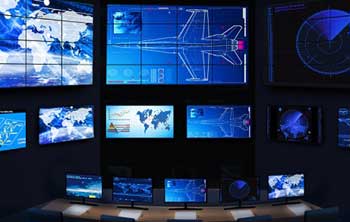 THE RESORT HOTEL STEPS UP AWARENESS DRIVE FOR E-WASTE MANAGEMENT

The Resort Hotel had set up e-waste boxes in the hotel premises with a goal to safely collect and dispose of the e-waste. The initiative has been started as a part of the Corporate Social Responsibility (CSR) activity. The e-waste week started on 13th December 2021 and commenced on 20th December 2021.

The e-waste boxes were placed at the hotel’s lobby and Time-office. The guests, as well as hotel staff deposited electronic wastes such as dead batteries, old remote controls, old gadgets, e-toys, phones, chargers or any electronic waste that is non-functional or out of repair.

The unregulated and improper disposal of hazardous e-waste is a matter of grave concern. Electronic waste has adverse effects on the environment and human life. Majority of the electronic devices contain toxic elements like lead, barium, chromium, zinc and others that are extremely disastrous to health. These elements if released into the environment can damage the kidney, blood and peripheral systems. The lack of e-waste recycling is also adding to the growing concern of climate change.

Toxic chemicals released into the air pollutes the air and in turn, harms the people and animal species. Burning e-waste increases the risk of chronic diseases and malignancies because it releases small particles that can travel thousands of miles, posing severe health concerns to humans and animals.

When electronic garbage is buried in landfills, harmful compounds leak into the groundwater, harming both land and sea species. Moreover, due to the presence of heavy metals in the soil, crops are more susceptible to absorbing these toxins, which can cause a variety of ailments and make agriculture less productive.

E-waste is one of the largest and most complex non-biodegradable waste streams in the world. Almost 60%-90% of the world’s e-waste is illegally dumped or traded every year. The gap in the quantity of electronics produced and e-waste properly disposed of is huge. The disparity shows the immediate need to raise awareness on this issue.

Talking about the e-waste week Satyajit Kotwal, GM of The Resort said “The one-week e-waste management program will encourage people towards the need for regulated e-waste recycling. Being a responsible part of the society, the Resort Hotel has taken a step for a cleaner and healthier environment.”

On 21st December all the electronic waste collected over the week was handed over to a certified panel aggregator. The Resort Hotel’s e-waste week initiative will amplify the awareness drive towards regulated disposal and recycling of e-waste.