Duty of journalists is to encourage the soldiers 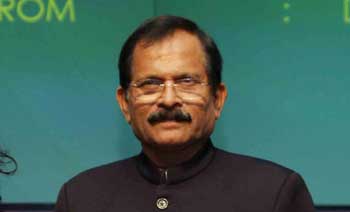 INVC NEWS
New Delhi,
Raksha Rajya Mantri Shri Shripad Naik has called upon media to remain sensitive towards the national security while reporting about the developments related to the Armed Forces. Addressing the valedictory function of the Defence Correspondents’ Course (DCC) 2019 here today, Shri Shripad Naik said the duty of journalists is to encourage the soldiers who discharge their duties in extremely difficult conditions and are even prepared to make the supreme sacrifice in the service of the nation.

Raksha Rajya Mantri urged the journalists to act as a bridge between the government and the people which is vital for a country to prosper. He said, the Government’s mandate is to continuously strive for the welfare of the citizens and media’s duty is to inform the people of the Government’s policies & programmes. He reiterated that the government will make every possible effort for the betterment of the Armed Forces.

Congratulating the trainee journalists for successfully completing DCC 2019, Shri Shripad Naik hoped that the course provided a multi-dimensional perspective which will help them reach out to the people with an objective, in-depth and precise coverage of events and developments related to the Armed forces. “We wish to create a pool of skilled Defence journalists who understand the Armed Forces at all levels”, he added.

Raksha Rajya Mantri also gave away certificates and medallions to the trainee journalists on their successful completion of DCC 2019.

The participating media-persons thanked Directorate of Public Relations (DPR), Ministry of Defence for providing them with a unique opportunity to closely interact with senior officers of the Armed Forces, visit the forward locations and watch from close quarters the military equipment operated by the soldiers. They said the exposure they received during the course widened their perspective.

The Defence Correspondents’ Course (DCC), one of the most prestigious courses conducted by DPR, was held from August 26 – September 19, 2019. Thirty-two journalists drawn from all over the country underwent rigorous training in four modules – the Navy and Coast Guard leg in Mumbai; the Air Force leg in Chandigarh and Ambala; the Army leg in Jammu & Kashmir; and MoD leg in Delhi NCR.