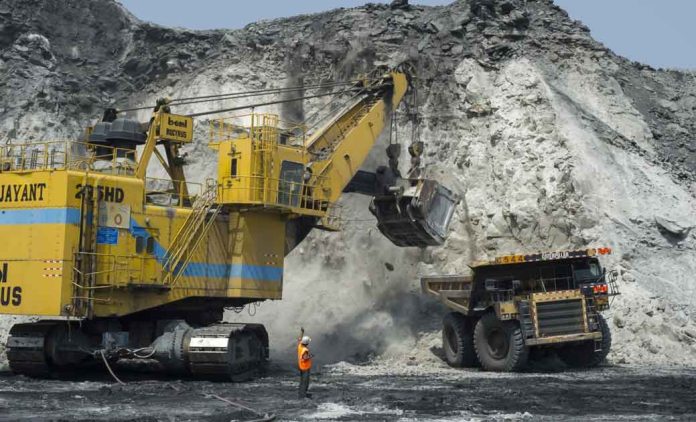 Union Minister of Coal, Mines and Parliamentary Affairs Shri Pralhad Joshi said that during this financial year India’s total coal production will touch 900 million ton (MT) and all efforts are being taken by Coal India Limited and its subsidiaries to attain this goal. He said that mineral exploration norms have been relaxed recently and nine private exploration agencies got accredited so far.

Addressing a function at the Office of the Comptroller & Auditor General of India here today to release a “Compendium of Asset Accounts on Mineral and Energy Resources”, Minister Shri Joshi stated that commercial coal mine auctioning process has been made totally transparent and institutionalised by the present Government. Coal import has come down considerably and by 2024 import will be stopped, the minister added.

Complimenting CAG’s Office for bringing out the first ever compendium of asset account on mineral assets of the country, Shri Joshi said that the report presents comprehensive picture of the mineral resources spread across different States. He said that the compendium will be of immense value in further strengthening sustainable mining process which is of paramount importance for ecology and future generation. The Minister dedicated the compendium to the people of the country on the eve of Azadika Amrit mahostav.

Collating the information of the State Asset Accounts, Government Accounting Standards Advisory Board (GASAB) has prepared the Compendium of Asset Accounts on Mineral and Energy Resources in States.

The Compendium includes details of all four fossil fuels, 40 major minerals and 63 minor minerals in 28 States and one UT i.e. Jammu & Kashmir and also covers the innovations and good practices noticed during the course of the study. The publication includes certain areas which will require State Government’s intervention. It also provides some suggestions for the way forward to further improve the overall management of resources and optimize revenue yields besides ensuring sustainability of the resources.

GASAB has been hand holding the States through Accountants General Offices in preparing their first Asset Accounts on mineral and energy resources through monthly meetings since October 2021, regular trainings of State Government departmental officers and staff including State specific workshops besides numerous advisories to the State Governments. Resultantly, all States and one UT (J&K) completed preparation of the Asset Accounts on Mineral and Energy Resources for 2020-21. The Accounts have been duly validated by the State Governments and test checked to ensure that these are prepared based on documents/datasets available on record.

Comptroller and Auditor General of India (CAG) Shri Girish Chandra Murmu and members of senior management attended the function. Secretaries of Mines of selected States, their Commissioners of Geology & Mining and the Accountants General of these selected States, members of Consultative Committee members were also present.

Ministry of Coal is closely monitoring issues related to production, transportation and quality of domestic coal