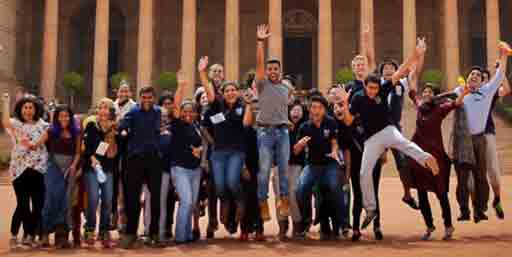 INVC NEWS
New Delhi ,
In a unique and first-of-its-kind initiative, the Department of Science & Technology (DST), Govt of India, has undertaken to set up India’s first-ever “Night Sky Sanctuary” in Ladakh which will be completed within next three months.

The proposed Dark Sky Reserve will be located at Hanle in Ladakh as a part of Changthang Wildlife Sanctuary. It will boost Astro tourism in India and will be one of the world’s highest-located sites for optical, infra-red, and gamma-ray telescopes.

The Union Minister informed that a tripartite MoU was signed recently among the the UT administration, Ladakh Autonomous Hill Development Council (LAHDC) Leh and the Indian Institute of Astrophysics (IIA) for launching the Dark Space Reserve. He said, the site will have activities to help in boosting local tourism and economy through interventions of Science and Technology.

Dr Jitendra Singh said that all the stakeholders will jointly work towards the preservation of the night sky from unwanted light pollution and illumination, which is a serious threat to the scientific observations and natural sky conditions. It may be noted that Hanle is best suited for the project as it is located in Ladakh’s cold desert region, away from any form of human disturbance and clear sky conditions and dry weather conditions exist throughout the year, the Minister added.

Dr Jitendra Singh said, a high level delegation of scientists and officials from Central Leather Research Institute, Chennai will visit Ladakh by the end of this year to explore the possibility of setting up a regional branch of CLRI, as the UT has a very rich and wide variety of animals for leather research and industry and to promote bio-economy of animal skin-derived products. He added that Charthang in Ladakh has over 4 lakh animals mainly pashmina goats, besides Sheep and Yak. He also complimented CSIR for organising 4 training workshops, two each at Leh and Kargil for treatment of diseases of famous Pashmina Goats.

Dr Jitendra Singh also thanked the Ladakh Administration for taking a decision to start the commercial plantation of “Leh Berry”, which is gaining popularity in the entire region. The Council of Scientific and Industrial Research (CSIR) under the aegis of Union Ministry of Science & Technology is promoting “Leh Berry” which is an exclusive food product of the cold desert and also a means of wide-ranging entrepreneurship as well as self-livelihood.

The Minister said, as per the vision of Prime Minister Modi’s Ladakh visit in 2018, the local entrepreneurs will be provided gainful employment through farming, processing and marketing of about 100 odd products from sea buckthorn plant like jams, juices, herbal tea, vitamin C supplements, healthy drinks, cream, oils, and soaps in a completely organic manner. Shri Mathur informed that commercial cultivation of three medicinal plants will begin this spring season at the height of above 15,000 feet. This also includes “Sanjeevani Booty”, locally known as “Sola” which has a very high life saving and therapeutic properties.

Dr Jitendra Singh conveyed to LG, Ladakh that from next year, the Department of Science and Technology will establish a distinct and huge pavilion for Ladakh Education Fair, which will be an annual feature as announced by Shri Mathur. The Minister said, DST will actively participate in correct subject choice, scholarships, career guidance, skills development and apprenticeship with prime focus of employability of youth.