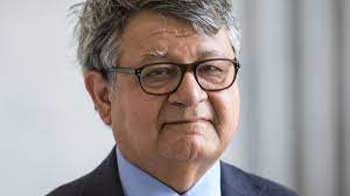 Dr. Suman K Berry was earlier the Director General of the National Council of Applied Research. He has also served as a member of the Economic Advisory Council to the Prime Minister, the Statistical Commission and the Technical Advisory Committee of the Reserve Bank of India on Monetary Policy. NITI Aayog was formed in January 2015 by abolishing the Planning Commission.