Union Human Resource Development Minister Dr M M Pallam Raju, will release a report Youth of North-East India: Demographics and Readership in New Delhi tomorrow, 20th November, 2012. Ministers of State for HRD, Sh Jitin Prasada and Dr Shashi Tharoor would also be present on the occasion. This focused Report attempts to give an analytical and detailed account of the reading habits of the literate youth in the north-eastern states and their exposure to different forms of media, and how diverse socio-economic and motivational factors impact their reading habit. The reading of ‘leisure or non-text books’ among the literate youth is the special focus of the study. The Report is a follow-up study of the National Youth Readership Survey (2009-10) assigned to National Council of Applied Economic Research (NCAER) by the NBT under the National Action Plan for the Readership Development among the Youth (NAPRDY) mooted by NBT. In order to have a better understanding of the status of the North-Eastern (NE) states as compared to the rest of country in this sector, the findings are compared with the similar result for one developed state (Maharashtra) and one economically backward state (Bihar), chosen on the basis of their per capita gross domestic product. This is over and above the comparison of the findngs in respect of the NE states with the overall Indian situation. 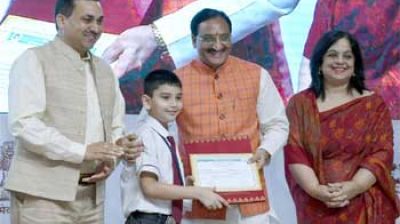