INVC NEWS New Delhi, The Delhi Sikh Gurdwara Management Committee president and the Shiromani Akali Dal (Badal) national spokesperson, Manjinder Singh Sirsa warned Punjab Chief Minister Captain Amrinder Singh saying that do not make slogan to put Akali Dal leaders behind bars. He demanded evidence in sacrilege incident to prove their involvement. Sirsa said that Captain Amrinder Singh is raising the issue of Guru Granth sahib sacrilege in public rallies for getting unsuccessful benefit. Captain is exposed in public that will make his baseless move unsuccessful. Sirsa said that the Punjab Chief Minister is making baseless  statement saying that office of  ex-Chief Minister Parkash Singh Badal had ordered for firing at Bahibal. He asked Amrinder Singh that what kind of evidence he has got two and half years after the incident that he is raising during the elections that order for firing was given by the then CM office. He said that having seen the expected defeat of Congress party, Chief Minister is upset and lying on sacrilege issue. Sirsa said that it was clear in a charge-sheet filed by the SIT that order for bullet firing was not taken from any authority. He said that if the Captain had this evidence why he had not given it to the SIT. Warning Amrinder Singh he said that if he had evidence of order to issue bullet firing, he should take action. The Chief Minister should not chant slogan of putting Akali leaders behind the bars without evidence. The DSGMC president advised the Punjab Chief Minister that being Sikh he should not do politics on sacrilege issue of Guru Granth sahib. He said that Amrinder Singh is taking the politics on the lowest level not caring for Sikh sentiments. Sirsa said that failure in delivering the promises made during the assembly election has made clear the Captain Amrinder Singh is politicking on false bases. 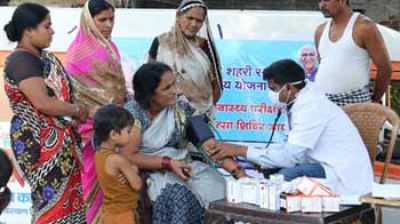