Committed to providing greater choice and freedom to its guests, Domino’s Pizza India, the leader in the chained pizza segment, today, announced a unique Pizza combo for the Navratras. The latest innovative offering by the country’s most beloved pizza brand includes a 100% Vegetarian Pizza, Sago Pudding and Sabudana Crispies. The new “Navratra Pizza” is made of water chestnut flour (Singhada atta) and white millet flour (samak ke chawal ka atta). It is topped with fresh mozzarella cheese, paneer, tomatoes and crunchy sabudana, with a layer of fresh tomato sauce, made with rock salt and without onion & garlic. The Sago Pudding is a sweet dessert made of milk and sabudana, topped with blueberries. The Sabudana Crispies and Tangy Tamarind dip will be served in a box containing three pieces of the product. Speaking on the occasion, Mr. Dev Amritesh, President & Chief Business Officer, Domino’s Pizza India, said,Navratras mark the beginning of the festive season, during this period there is a significant reduction in consumption of non-vegetarian food. We are excited to be a part of this cultural phenomenon and have turned about half of our restaurants to 100% vegetarian for nine days. This initiative demonstrates that while we are a global brand, we are conscious about addressing the specific needs of the consumers’ in India. Also, it was fun to test the versatility of Pizza while coming up with the ‘Navaratra Pizza’. Mr. S. Murugan Narayanaswamy, Senior Vice President – Marketing, Domino’s Pizza India, said," At Domino’s Pizza, we have always believed in creating new occasions for pizza consumption. During Navratras, there is so much care consumers take on what they eat thus limiting food choices available. Domino’s has launched the Navratra Pizza, a first of its kind innovation, to make available another tasty meal option to consumers during this festive period. The product has been conceptualized and developed keeping in mind consumer food preferences during this period. The Sabudana topping and the usage of Rock salt are some examples. We expect most consumers to try this novel offering during Navratras. During Navratras, Domino’s Pizza will convert 459 of its 1062 restaurants to All-vegetarian restaurants from 1st October 2016 till 10th October 2016. These will be across cities in North and Central India, and some restaurants in Western part of the country. All the identified restaurants will serve the new Navratri Combo along with the other
Read the full article
Tags: Jubilant FoodWorks Limited Domino’s Pizza Indi Dev Amritesh President & Chief Business Officer Domino’s Pizza India S. Murugan Narayanaswamy Senior Vice President – Marketing 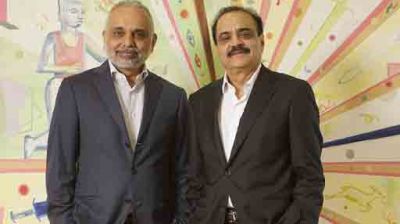 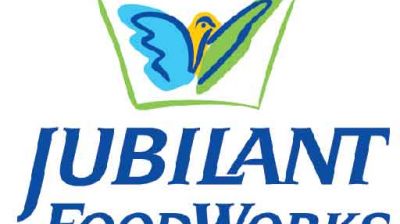 DishTV becomes first DTH service brand to be listed on... 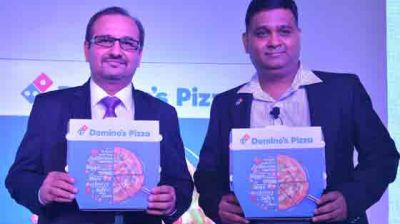 We are delighted with this partnership and are excited about...