The Vice President of India,Shri M.Venkaiah Naidu today called upon people to cultivate one hobby or sports or yoga to stay healthy and fit. He said that a sedentary lifestyle and unhealthy diet coupled with lack of physical activity were causing Non-Communicable Diseases such as obesity, diabetes, hypertension and other heart related ailments.

Addressing an event organized by Hrudaya Cure A Little Heart Foundation in Hyderabad to celebrate the completion of 5000 heart surgeries of underprivileged children today, he expressed concern that India accounted for nearly 40%world’s heart failure patients and more than a quarter of all deaths were caused by heart ailments in India.

He urged all doctors and health care professionals to give primacy to educating people about changing their sedentary lifestyles and encourage people to take up physical activities such as jogging, cycling, and others to reduce the probability of heart diseases.

Shri Naidu also stressed the need to revert back to traditional foods that were best suited to our bodily and climatic needs. He said “by keeping away from Mother Nature, people were harming bodies and health,” adding that “loving the nature, living with nature was for better future.”

Observing that there was an urgent need to think holistically about the health and well being of the entire population, the Vice President called upon everyone to actively participate in the ‘Fit India’ movement launched by Prime Minister NarendraModi.

He stressed the need to popularise the movement in hospitals, schools, society, and community and convert it into people's movement.

Talking about the need to create affordable medical facilities to tackle the Non Communicable and other diseases, the Vice President said that Ayushman Bharat launched the government of India was playing an important role in nation’s well being by helping the citizens avail treatment for various ailments which was earlier out of their reach due to high costs.

The Vice President lauded the government for establishing over five thousand PradhanMantriBhartiyaJanaushadhiPariyojanaKendras were functional across the country to provide all medicines at affordable prices. He urged doctors and people in the medical fraternity to prescribe and promote cheap generic drugs.

The Managing Trustee, Hrudaya Foundation, ShriYugandharMeka, Trustees, Dr.GopichandMannam and ShriJairaj Kumar Penukonda of the foundation were among the dignitaries present at the venue.

They look for information regarding its causes and consequences

Present context does not allow us to present a divided... 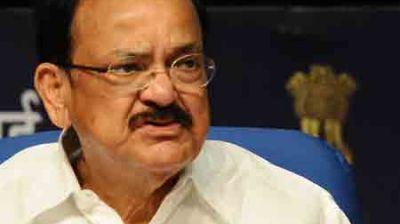