Do you know where India stands in KIDNEY TRANSPLANT

What is Kidney Transplant?

Kidney transplant is a procedure done though surgery to replace a kidney by a healthy kidney from a live or deceased donor. The transplanted kidney takes over the work of two kidney that failed so that the patient doesn’t need dialysis.

Kidneys are bean shaped organs placed on either side of the spine just below the rib cage. The main function is to filter and remove excess waste, minerals and fluid from the blood by producing urine.

Kidney transplant is done when the kidneys lose the ability to filter and thus harmful level of fluid and waste accumulate in your body, which can raise the blood pressure and result in kidney failure.

During the transplant surgery, new kidney is placed in the lower abdomen and connects the artery and vein of the new kidney to new body’s artery and vein. The new kidney starts making making urine as soon as the blood starts flowing through it. But sometimes it takes few weeks to start normally.

India positioned at Kidney transplant in the world

The wait for new and right kidney can be very long sometime in India. Generally the transplanted kidneys comes from the died donors and some come from family members.

About 2 lakh patients In India are waiting for organs with mere 15000 donors available. The ministry of health calculation says that the annual requirement for kidneys could range between 2-3 lakh with a mere 6,000 transplants occurring in reality.

The variance between the demand for and supply of kidneys has lead the government to push deceased donor or cadaver donations. The old statistics from the Indian Transplant Registry, a non-governmental initiative by the Indian Society of Organ Transplantation, says that out of the 21,395 kidneys transplanted in India between 1971 and 2015, only 783 were from cadaver or deceased donors.

Also the lack of awareness and hesitation from the family is some of the main reasons for lower cases of deceased donors in India.

Well post 2012 there is significant increase in the organ donations. The live kidney transplant programme in India is evolved from the past 50 years and is currently the second largest program in numbers after the USA.

The better immunosuppressive drugs and induction agents stop early rejection events and also there has been a various changes regarding using high dose steroids to prevent graft rejection, and this has resulted in lower incidence of postoperative complications after transplant surgery.

There has been vast changes in the methods also of transplant. Now there are minimal invasive methods for managing transplant surgery complications

Since 2011 there has been a rule in Indian law and amendments, that there is a provision of “required request” to the intensive care doctors to ask for organ donation in the event of brain death. As it also makes it mandatory to register it nationally and counsel relatives for organ donation. This has also improved the deceased rate of donation in India.

The responsibility of making donations happen is with hospitals. So in respect of making it success of this programme, the early identification, certification and maintenance of the potential donors in the the intensive care units is important.  But the potential to make it more success only few public hospitals participate as  mostly victims with severe brain injury due to road traffic accidents finish up in these public hospitals.

The states that has generally relatively better are from south India such as Tamil Nadu, Puducherry, Kerala, and Andhra Pradesh. In north, Chandigarh has done well in terms of donors as per million population.

As of now, the kidney transplant costs between Rs 5 lakh to Rs 6 lakh in private hospitals in the country. And post treatment, the monthly cost is around Rs 15000 and life long medicines Rs 10,000 per month.

The records in Indian Transplant Registry reported that hat between 1971 and 2015, a total of 21,395 kidneys were transplanted in India, out of which a mere number of 783 kidneys belonged to deceased or cadaver donors. It also due to lack of knowledge of the process and apprehension among Indian families, thereby decreasing the number of deceased donors in the country.

The report also says that more than 2.5 lakh people suffer from last-stage kidney diseases every year. In that 7 out of 10 patients go for dialysis and nearly 6 out of those 10 cant continue due to heavy treatment fees. There are dialysis centres but major based in cities.

Post the transplant, one of the major challenge is to sensitise the patient about the importance of the post-post-transplant care and due to any negligence which can be worsen the condition further and can be fatal. 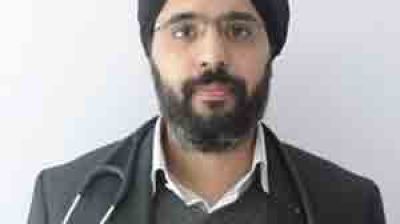 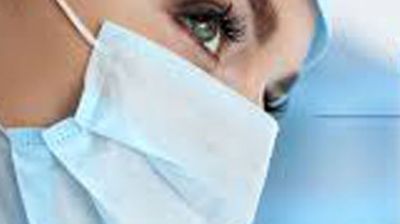 Indian Women as likely to develop Renal problems as men