Home Q& A / Interviews Biography Do you care for your child’s mental health? 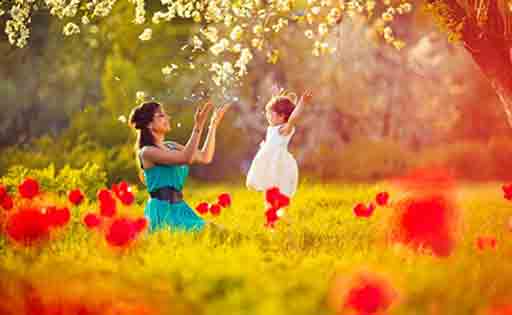 Stress, depression and lack of tolerance are weakening the strings of life. The relationship between the materialist, the desire to fulfill dreams and the desire to get more is weakening the hearts of the youth and all this shocks them to such an extent that they take suicidal steps. According to the WHO report, one person is committing suicide every 40 seconds and the surprising thing is that it has the highest proportion of youth in the age group of 15-29 years. It has the highest ratio among low-income countries.79 percent of cases have been reported in India. WHO has raised the issue of suicide this time on ‘World Mental Health Day’ to be celebrated on 10 October.

Adolescence is a very important phase in human life. During this time all kinds of mental and physical powers begin to develop. Some changes also occur during adolescence. Many times during this period, teenage attitudes also change, due to which most of the teenagers go into depression which later leads to conflict with family attitudes and values. Adolescence is also a stage of development of mental, physical and emotional maturity. Just as a person has physical health, similarly mental health is also seen in the category of best, good and bad. Any physical or social/economic change also affects mental health.

Today, millions of people commit suicide every year due to bad state of mental health because they do not tolerate their failure, weak economic condition, social pressure and blaming themselves for any work as per the understanding made by them.

In recent times, there have been many incidents where highly successful people have committed suicide, as they could not cope with stress, life challenges and suffered from depression – it is a mental illness. Depression is different to explain for everyone as their mental states are different.

On this subject, Prasejit Singh CEO, Extra Class (an online learning app) said that – according to WHO data, about 8, 00,000 people die by suicide every year. Depression comes as an important factor behind all this. Due to different mental states, youth or children reach this state that they do not understand the way forward. You see through various news that children take steps like suicide due to scolding of parents or could not qualify any entrance.

When a person is not in good mental health, he/she is unable to work. The mental state of elders can be understood to some extent, but to understand the mental state of children and adolescents, one has to be emotionally connected to them, by playing a friend’s role so that they can overcome depression. In the extra-class learning app, the system of learning in sports has been made so that children do not feel a burden and complete the syllabus with pleasure and can buy something for themselves from the reward points won.

Adults, parents, and teachers should pay attention to the mental pressure and condition of children and adolescents so that they do not get depressed.

Listen to them unconditionally, without being judgmental. Be their friend and try to know their problems.  For this, we need to connect with them on an emotional level. This will help them to build trust in you. Once the trust is built, they (children and teens) will come to you without hesitation when they have a need.

According to WHO data – “People aged 15–29 globally commit the most suicides. 79% of suicides in 2016 occurred in low and middle-income countries. 1 .4% of all deaths in the world were committed suicide, which is the 18th leading cause of death. Suicide kills 1 person every 40 seconds. Every suicide is a tragedy that has a long-lasting impact on others who are behind it. All these deaths are related to mental health. “

Kavita Yadav, Director of JiNa-Living Positively and Child and Adolescent Mental Health Expert, said in this topic that – “A person or child who is mentally unwell or in a state of depression does not look ill from outside but are choking from inside, dying every second. Such people believe in themselves that they are not doing any work, no one loves them, no one likes them, they are unsuccessful in life, and they are useless. Negative things keep creeping in their mind. They are unable to find the reason for living life and commit suicide for the things that other people find minor. Therefore, family members should take care about their children or elders and listen to them and show their way to overcome their confusion and move forward in life with positive things. ”

Failure results in disappointment and it affects their mental health. If necessary, a psychologist, counselor or mental health specialist should meet and discuss the health status of the child or adolescent’s mental state.

Beat the Exam Stress and Win the Results

Have Indian women reached the level of equality?

The Dark Side of Success

Special session was organized on Child Abuse for the Parents

Tips for Students and Parents to Cope with Exam Stress