Home Other Indian State News Do not want to leave any stone unturned to conquer Gujarat. 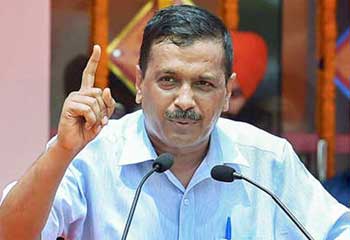 This time there is a triangular contest in the Gujarat Assembly elections. Apart from BJP and Congress, this time Aam Aadmi Party (AAP) is also in the fray. You do not want to leave any stone unturned to conquer Gujarat.

Within a month, Delhi Chief Minister and AAP convener Arvind Kejriwal visited Gujarat four times and made a big announcement regarding free electricity and employment. Political rhetoric has intensified as the Gujarat elections approach. Everyone wants to know who will make the political party its chief minister?

In the midst of all this, the politics of Gujarat was heated by the tweet of Delhi Chief Minister Arvind Kejriwal. Kejriwal said in the tweet – ‘AAP’ is growing rapidly in Gujarat. BJP is badly shocked. Is it true that in the upcoming assembly elections, BJP is going to declare Amit Shah ji as CM face in Gujarat?

Is BJP also angry with Bhupendrabhai Patel’s work? After this tweet of Kejriwal, the politics of Gujarat has heated up. Gujarat AAP has also questioned the CM face of BJP. In response to which the BJP said that it is not obliged to answer its question to AAP. PLC/GT