Home Other Indian State News Divide and rule policy is going on in India: Mamata Banerjee 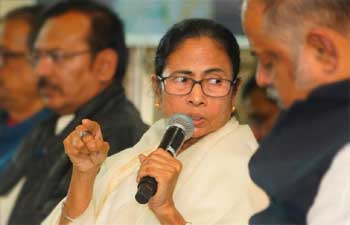 Chief Minister Mamata Banerjee has said that she will continue to fight with communal forces. He said that the BJP is following the policy of divide and rule (divide and rule) and isolate, which has created such a situation which is not good for the country. He called upon the people to unite and deal with this situation.

Amidst the crowd of more than 14 thousand people on Eid, Mamta said that the politics of isolation going on in India is not right.

“Neither I, nor my party nor my government will do anything that will make you unhappy,” he said. There are envious people who keep on telling lies to create division between Hindus and Muslims, he said. Don’t be afraid and keep fighting.

The Chief Minister said, Ishwar Allah tero naam, sabko samanti de bhagwan, he appealed to unite to fight against the divisive forces which want to divide the country and oppress the people. Mamta said, together we will remove it from the country. She said, ‘I promise today that as long as I am alive I will fight for the people whether they are Muslims or Hindus or Sikhs or Jains. I get the strength to fight from you. PLC&GT

The solar plant will reduce CO2 emissions of over 10,540 tonnes/annum and light up approximately 17,649 homes