INVC NEWS New Delhi, The Union Minister of State (Independent Charge) for Development of North Eastern Region (DoNER), MoS PMO, Personnel, Public Grievances, Pensions, Atomic Energy and Space, Dr. Jitendra Singh emphasised the need to utilise the pensioners’ capabilities. He was addressing the one-day Training Programme on pension related matters for officials from different Ministries and Departments at the Institute of Secretariat Training and Management, here today. Dr. Jitendra Singh said, with an increase in lifespan and the status of health in the elderly also having improved over the last few years, most of the pensioners who retire around the age of 58 or 60 years, are still in the prime of their health, physical as well as mental performance. They are, in other words “retired but not tired”, he quipped and said that the challenge for the society is how best to utilise the services of this experienced and qualified lot so that their talent and capabilities do not go waste and are not lost to the nation. In this regard, he suggested that the Department of Pensions in the Government of India will do an in-depth exercise and find out various workable options. Expressing personal gratification at the government decision to introduce a “Pension Portal” which would eliminate the need for an elderly pensioner to produce a Life Certificate every year, Dr. Jitendra Singh said, the Department of Pensions is further working on a more organised single window pension system and to ensure that a pensioner during the last year of his service does not have to run around to collect “No Due Certificates” and thus waste his time and energy which he can otherwise devote to the service of the government and the nation. He also referred to a number of other pending issues requiring attention including disparity in implementation of pension benefits of 6th Pay Commission and disparity in medical expenses reimbursement from one section of employees to the other and from one State to the other, he added. Dr. Jitendra Singh said, the Department of Pensions, Government of India will devise a mechanism whereby the pensioners will find representation in the government’s decision making with regard to their matters. He also stressed regular interaction of pensioners’ representatives with the officials. On the one hand while India is having more than 65% of its population under the age of 35 years, said Dr. Jitendra Singh, on the other hand the number of elderly population is also on the increase. A “Samanvay” between these two groups is essential to achieve the goal of “Sabka Saath, Sabka Vikas”. The Secretary, ARPG & Pensions, Shri Devendra Chaudhry and Joint Secretary, Smt. Vandana Sharma also spoke on the occasion. 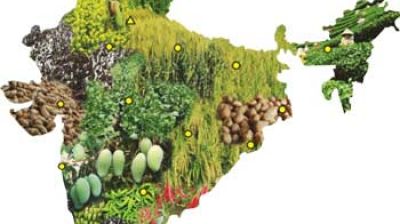 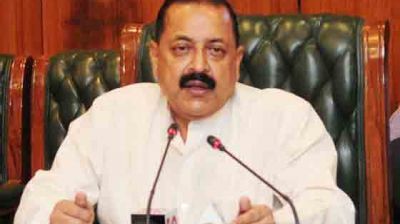 MoU will provide technical support and help in capacity building...