The Union Minister for Defence, Shri Rajnath Singh called on the Vice President of India, Shri M. Venkaiah Naidu, here today, and apprised him about the activities of his Ministry.

The Minister also informed the Vice President about the progress of various defence projects being implemented in the country, including in Andhra Pradesh.

The Vice President advised the Minister to take a personal interest in expediting the defence projects in Andhra Pradesh, the foundation stones for many of which were laid when Shri Naidu was a Union Minister. He also wanted the Minister to remove impediments, if any, in the execution of the projects.

The projects discussed include BEL’s Advanced Night Vision Devices Factory at Nimmakuru in Krishna district. The factory seeks to cater to the futuristic requirements for night vision devices with an investment of about Rs 300 crores. Apart from Shri Naidu, Former Union Minister, Shri Suresh Prabhu and Former Andhra Pradesh Chief Minister were present when the foundation stone was laid.

BEL’s Defence Systems Integration Complex at Palasamudram, in Anantapur district also came up for discussion. The state-of-the-art facility will cater to the needs of Missile & Weapon Systems manufacturing for the ongoing and upcoming Missile programmes. The foundation stone was laid by Shri Naidu and the then Defence Minister, Shri Arun Jaitley.

The Vice President suggested to the Defence Minister to see that these projects are taken up at the earliest. He also wanted him to expedite projects for which sanctions have already been given. 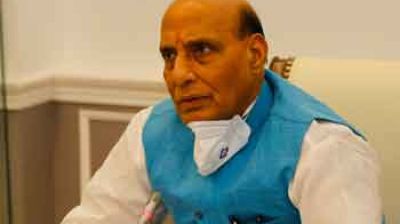 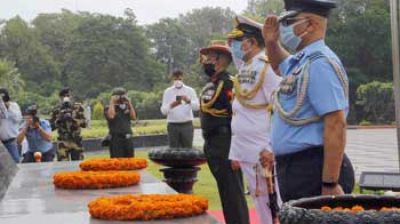