In a meeting of the three Trade Ministers from India Brazil and South Africa in Pretoria on 18 October it was decided to hold an annual trilateral meeting of the Trade Ministers from the IBSA members to further enhance the intra- IBSA trade. Commerce and Industry & Textiles Minister, Shri Anand Sharma, offered to host the first annual trilateral meeting in New Delhi in early March 2012. The dates are to be decided through diplomatic channels. Intra IBSA trade has done very well despite the economic slowdown of 2008 and its aftershocks including the prevailing uncertainties in the Eurozone. The three nation’s trade is already close to USD 20 billion, having crossed in 2009 the target of USD 15 billion set for 2012. India’s trade with its trade partners in IBSA accounts for a majority of this trade. The Leaders at the IBSA Summit felt that the trends indicate that the target of 25 billion USD trade by 2015 will be achieved early, and this gave reasons to be optimistic and more ambitious. The Leaders mandated the Working Group on Trade and Investment to examine all issues related to trade holistically including issues relating to non-tariff barriers, maritime and air links and opportunities for investments. Direct air connectivity is expected to give tourism a major boost and the trade ministers agreed to look at the visa related issues so that the process for business visas is made easy. The three Trade Ministers also interacted with the IBSA Business forum on 17 October 2011. The Ministers also decided to set up a technical team under the IBSA’s Working Group on Trade and Investment to reconcile the trade data and devise a common reporting format as well as methods for capturing all the data of trilateral trade including those occurring through third countries. Due to different methodologies of capturing trade data (calendar year vs financial year or CIF or FOB) at times the numbers vary. The South African and Indian trade ministers also decided to enter into long term contracts for purchase of raw materials and commodities, and the recently opened office of MMTC in South Africa has been mandated by Shri Anand Sharma to work on this proposal expeditiously. The Ministers also felt that with the ratification process of the MERCOSUR SACU FTA advancing, and initiation of the process of deepening of the India MERCOSUR Preferential trade agreement (PTA), the deck is now clear for making progress on a trilateral FTA involving India SACU and MERCOSUR. This FTA linking developing countries in the three continentsis envisaged as one of the most ambitious free trade area and will be a symbol of growing south-south cooperation, said Minister Anand Sharma. His sentiment was shared by his counterparts from Brazil and South Africa and the Brazilian Trade Minister, Mr.Pimental offered to host the second Ministerial meeting of India-SACU- MERCOSUR in June/ July 2012 in Brazil. The three Ministers also agreed to seek an opportunity to meet before the WTO’s 8th Ministerial conference (MC8- 15-17 December, Geneva) to coordinate their position on all issues relating to the WTO negotiations and to discuss the possible outcomes of MC8 as well as the way forward on Doha Development round. 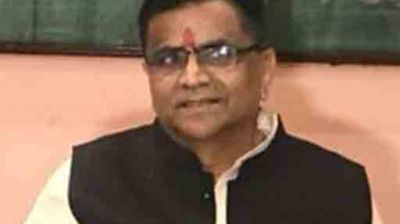 Indian breed cows in Brazil would be brought back

ICCR carries out activities to popularize and promote Hindi language...

Government has finalised arrangements to extend and implement the e-Tourist...

Government is committed to promote Organic Farming that improves soil...