Decided to set up a new department

Haryana Government has decided to set up a new department namely ‘Housing for All” so as to bring all housing schemes being implemented by different departments, boards and corporations under one roof.

This was announced by Chief Minister, Mr Manohar Lal who is also holding the portfolio of Finance Department while presenting the State Budget for the year 2020-21 during the ongoing Budget session of Haryana Vidhan Sabha here today.

The Chief Minister said that housing schemes being run by various departments like  BPL / EWS category by Housing Board Haryana, Pradhan Mantri Awas Yojana-Urban of Urban Local Bodies Department, Rajiv Awas  Yojana, Pradhan Mantri Awas Yojana- Rural of Rural Development Department, Awas Agrim Yojana for Haryana Building Construction and other Construction Workers registered by Haryana Building Construction and other construction Welfare Boards, Ashiana Scheme of Haryana Shehari Vikas Pradhikaran and various other schemes like Dr. B.R. Ambedkar Navinikarnal Scheme for the repair of houses would be brought under the purview of the Department of Housing  for all.

He said that the government would also overcome the difficulties in the allocation of 100 yards plot to the beneficiaries of Mahatma Gandhi Grameen Basti Yojana. With a view to facilitate the beneficiaries in construction of their houses, they would be linked with the Pradhan Mantri Awas Yojana-Rural, he added.

Hot food facility wherever possible should also be provided 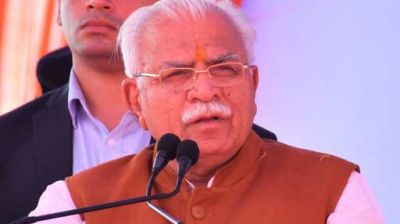