Total Read - 86        Comments - 0
INVC,, Delhi,, The Central Warehousing Corporation (CWC) presented a cheque of Rs. 14.22 crore as dividend for the year 2009-10 to Shri Sharad Pawar, Minister of Agriculture, Consumer Affairs, Food and Public Distribution here today. The cheque was presented by its Managing Director, Shri B.B. Pattanaik. Speaking on the occasion, the Minister expressed happiness over the CWC’s record turnover. Shri Pawar said, the CWC has augmented its storage capacity by about 1 lakh tonne during the year mostly for food grain stocks besides increasing its capacity utilization. The Minister said, it is praise worthy that in spite of the economic slowdown and increase in operating expenses, CWC achieved a post tax profit of Rs. 130.52 and declared an all time high dividend of 38% as against 30% paid during the year. CWC posted yet another record turnover of Rs.987.95 crore during 2009-10 as against Rs.849.25 crore during the preceding year, thus posting a growth of 16.33%. This impressive performance could be achieved due to increase in capacity utilization (occupancy) to 85% as against 82% achieved during previous year. Besides, handling of containers at CFSs/ICDs and revenue earned out of Container Rail Transport operations and Pest Control activities also registered growth. CWC has a massive plan of construction of godowns on its own land to the extent of 1.87 lakh tonne during current financial year and 2.13 lakh tonne during 2011-12 mostly for storage of food grain stocks besides creating 5.82 lakh tonne under PEG-2009 in the states of Gujarat, Maharashtra and Kerala. It has other diversification plans into the areas of infrastructure for EXIM trade, cold chain logistics, operating container trains etc. CWC is also exploring several new avenues in the fields of Warehouse Receipt Financing and Warehousing and Logistics Consultancy. [caption id="attachment_20019" align="alignleft" width="300" caption="The Managing Director, CWC, Shri B.B. Pattanaik presenting a dividend cheque to the Union Minister for Consumer Affairs, Food and Public Distribution and Agriculture, Shri Sharad Pawar, in New Delhi on October 28, 2010."] 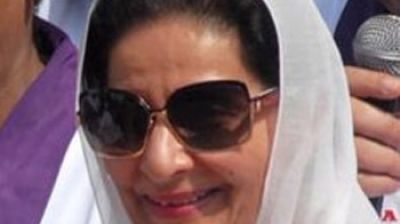 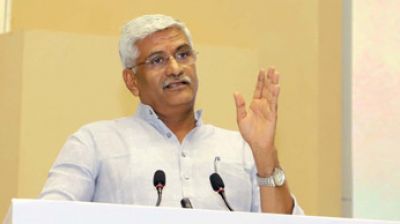 There is a need for holistic approach

100 Garib Nawaz Skill Development Centres will be established across...

We need to refrain from rumors: Virbhadra Singh