Jindal Stainless Foundation and International Road Federation (IRF - India Chapter (IC)), a Geneva based not-for-profit organization, have partnered to impart road safety habits among school-going children in Delhi, under the CSR program titled ‘Stain-Less Roads’. This partnership comprises a three-phased approach towards inculcating road safety habits, namely, imparting road safety education to children, organizing bicycle conspicuity drives, and an enhanced first aid program. The first phase of this program was launched today by Managing Director, Jindal Stainless, Mr Abhyuday Jindal at NC Jindal Public School, Punjabi Bagh, in the presence of Director General, Border Roads Organization (BRO), Lt General Ravi Shankar, along with senior officials of the Delhi Traffic Police. Emphasizing on the need for road safety, Mr Abhyuday Jindal said, “India records high fatalities from road accidents. Road accidents are the leading cause for death of people under 35 years of age. ‘Project Stain-Less’ is not only aimed to increase road safety awareness, but also to impart knowledge among children in order to bring a transformation towards a better attitude and behavior. I am sure that this small initiative will bring long term gains.”

The program will initially cover 20 schools, both government and private, through various activities such as formation of Road Safety Clubs. The program will focus on training students, teachers, and school transport drivers through a variety of activities, such as ‘Training of Trainers’ program, workshops with teachers in the realms of theatre, music, and art, and an orientation program with the school transport drivers. Intensive and continuous involvement in various activities that inculcate road safety will bring about attitudinal changes and a sense of commitment in children, and eventually, in their families. A survey by WHO throws light on the fact that half of the country’s road accident related deaths are among vulnerable road users such as bicyclists. Hence, the second and third phase of the program will involve activities that train students for bicycle safety on roads, as well as educate them on mapping and pre-surveying roads to identify emergency first aid amenities. This initial project will run through the entire year and target children of 8th and 9th standards.

Lt Gen Shankar, while addressing the students, added, “With IRF’s support, we are determined to enforce the 4 Es of road safety; Engineering, Education, Enforcement, and Emergencies. I am sure that all of you will be key players in the ‘Stain-Less Roads’ program, and upon completion, you will transform into prouder Jindalites, responsible in bringing about a bigger change in the society.”

It is noteworthy that nearly 11% of global deaths due to road crashes occur in India, 60% of which happen among those under the age of 35. One of the major reasons for injuries and fatalities of children and young people is a lack of necessary knowledge and skills to deal with the hostile traffic environment. IRF-IC has been the front-runner for mobilizing road safety through focusing on education and awareness. Introducing the consciousness of road safety at an early stage in schools has been a major focus area for IRF-IC.

About 7390 people lost life in road accidents in gujarat...

India accounts for more than 12 percent of the total...

This development reinforces the strong fundamentals of JSHL 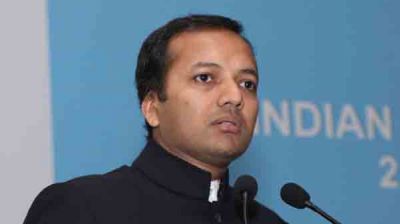 Expect a stronger recovery in domestic demand sooner than later