Chief Minister Mr. Bhupesh Baghel said that under any circumstances, Chhattisgarh Government will procure paddy from farmers at Rs 2500 per quintal. He has appealed people of Chhattisgarh to extend support for this cause. Chief Minister Mr. Baghel was addressing inauguration and foundation laying programme in village Shrikot of Samri Vidhan Sabha constituency of Balram-Ramanujganj district today. He further said that it is no crime to give appropriate value for their agriculture yield to the farmers and to procure Rs 2500 per quintal. Thousands of people present in the programme raised their hands to show support to Chief Minisiter. On the occasion, Mr. Baghel inaugurated and laid foundation of development works worth Rs 59 crore in Samri Vidhan Sabha constituency. On Samri MLA Mr. Chintamani Maharaj's request, Chief Minister announced that Chando will be upgraded as Tehsil and his other demands will be included in the budget.

Chief Minister Mr. Baghel commemorated Sant Gahira Guruji's contribution and said that he created mass awareness towards a new direction, a better way of life. Chief Minister congratulated the thousands of people in the programme for development of Samri area. Chief Minister said that his government has been making consistent efforts for bringing prosperity to the lives of farmers and people of rural areas. Paddy procurement at Rs 2500 per quintal, waiving off agricultural loan, electricity bills being halved and fulfillment of promise to provide 35 kg rice to every family are some of the various steps taken by Chhattisgarh Government for well-being of people of the state. Chief Minister said that while the entire nation is going through recession, Chhattisgarh is untouched by its effects. This year, Chhattisgarh has witnessed 84% growth in bullion market, 13% growth in automobile sector, and other sectors have also undergone growth. Chief Minister mentioned about Suraji Gan Yojana and informed that more than 2000 cowsheds have been built in the state. On the occasion, Chief Minister distributed goods and cheques to the beneficiaries under various government schemes. The programme was also addressed by Panchayat and Rural Development Minister Mr. TS Singdeo, Higher Education Minister Mr. Umesh Patel. 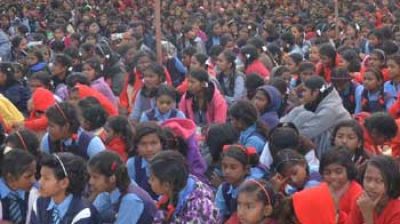 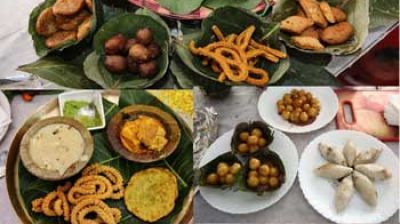 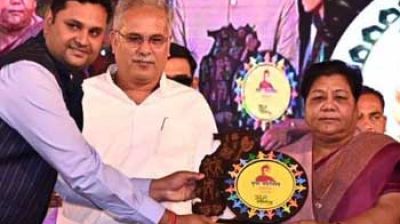 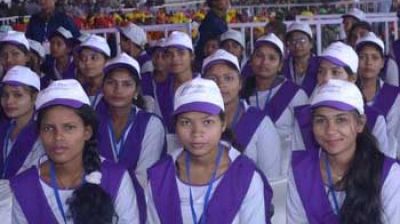 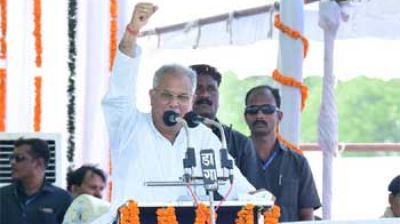