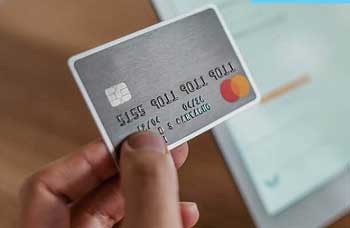 The report titled “Asia Credit Cards Market Outlook to 2025 – By Commercial and Personal Credit Cards; By Transactions at ATM and POS Terminals; by Total Cards in Circulation; Transaction Value and Volume through Issuers and Operators; and by Countries (Japan, South Korea, India, China, Indonesia, Philippines, Singapore, and Others” provides a comprehensive analysis of the credit cards industry within Asia covering various aspects including the introduction and genesis, the market size of a credit cards by value and volume of transaction, number of cards in circulation, segmentation by personal and commercial credit cards, transactions at ATM and POS terminals, the transaction value of credit cards through operators and issuers and total cards in circulation by operators and issuers. It also covers issues and challenges, trends and developments, SWOT analysis, country profiles of major countries and regulatory framework of the industry. The report concludes with market projections and analyst recommendations highlighting major opportunities and cautions.

The rapidly increasing the digital payments industry in Asia has scaled up rapidly over the last few years which has led to an increase in credit card usage. The total transaction value showcased high growth in Asia along with a CAGR of 14.2% for the period 2013-2018. The rise of affordable smartphones and subsequent internet and mobile penetration has led to significant growth in the digital payments space. The people in these mature markets are aware of digital payments and have steadily embraced non-cash methods over the years. The total number of credit cards in circulation increased at a CAGR of 12.9% during 2013-2018. The current usage of cash in emerging countries exceeds 90.0%. They have seen some traction in the last few years, primarily due to mobile and internet penetration and a focus on financial inclusion through mobile-based services. In most of the developed countries such as Singapore and Japan, more than 80.0% of adults have access to financial services. Regulators and governments of emerging and developing countries can set up a separate entity such as the National Payments Corporation of India (NPCI) to promote retail payments and further increase the usage and circulation of credit cards.

ATM cash withdrawals by credit card are much lower than POS transactions because of high transaction charges in the case of ATM withdrawal. Banks tend to charge 2.5-3.0% of the withdrawn amount subject to a minimum amount.

In order to attract a larger customer base, there has been the introduction of various types of credit cards as per the users need such as reward cards for rewards for shopping, traveling and even filling up the fuel in vehicles, there are cards where the design and the appearance of the credit cards can be customized as per the users need, credit cards with NFC technology or contactless technology which helps to make faster payments through POS terminals. All these customer attraction schemes have made the credit card market in Asia to be recognized as highly competitive, therefore, displaying huge barriers for new entrants in almost every country in Asia.

In India, banks tightened regulations to address rising defaults, therefore; credit card issuance fell sharply in the early years of the current decade. The growth in credit cards in circulation picked up for both personal and commercial cards in 2018, as banks also looked to increase their revenue from the commercial space.

In Indonesia, the middle and upper-middle classes of credit card users are concerned about the disclosure of tax information due to credit cards being subject to investigation, causing inconvenience. Although subjects of interest are consumers whose transactions exceed IDR 1 billion a year, the public concern is still stirred because of it relating to consumers’ privacy. Hence, people are refraining from making purchases through credit cards, and prefer to use cash instead.

In Malaysia, credit cards issuers are extending services to include installment plans at interest-free or low rates as this type of credit provides convenience thus, eliminating all kinds of complicated paperwork. As a result, the credit cards industry in Malaysia has little competition thus, allowing growth despite the rising popularity of mobile payments.

In Philippines, the regulations that implement the Philippine Credit Card Industry Regulation Law (Republic Act No 10870) were approved by the Monetary Board (MB) in May of 2018 to boost the credit cards in circulation and eventually improve the credit card transaction value. The new regulations aim to make credit cards readily available and easier to use for consumers.

In China, intense innovations in IT capabilities help drive the growth of credit cards whereas in Japan, the government continues to encourage cashless payments as part of its economic growth strategy in 2018.

By the forecast period ending 2025, it is expected that the total number of credit cards in circulation in Asia will grow at a positive CAGR of 6.8% for the period 2018-2025. The expected growth in contactless payments through credit cards will be a major growth driver for the increase in the transaction value because of the ease and speed provided. The total transaction value of credit cards in Asia will have a CAGR of 7.4% during 2018-2025. Within Asia, major card networks are looking to tie up with banking partners for the issuance of contactless cards. The role of specific regulatory bodies in monitoring, regulating and promoting digital payments in Asia will have a great impact on the issuance of the credit cards in the future. Partnerships with FinTech will play a crucial role in the development of the digital payments ecosystem by promoting innovation and enabling open-loop payments that promote the adoption of digital payments. In countries such as the Philippines, Vietnam, China, Bangladesh, and others, increased remittance partnerships with international players have opened up the market for more such partnerships with money transfer companies to enable digital remittance transfers to accounts and wallets in Bangladesh. Thus, there will be more opportunities for FinTech / banks / international players as regulators and the government bodies are also encouraging new solutions that will boost digital payments.