Home Business Cosmo Foundation Committed for Sustained Work in the Area of Sanitation and... 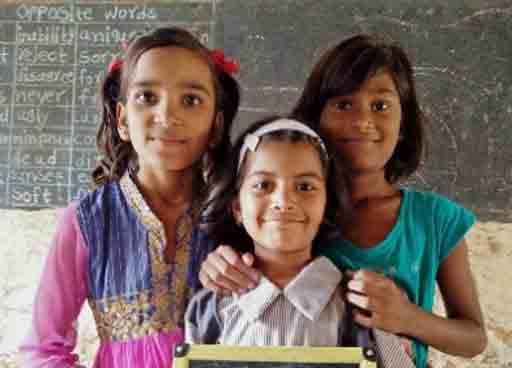 On the occasion of the “World Toilet Day”, Cosmo Foundation furthers its commitments for sustained work in the area of sanitation and cleanliness.
The Foundation inaugurated a sanitation block for high school girls at C&Z.J. Patel High School, village Bodka-on the interiors of Karjan block of Vadodara district. The program was organized in collaboration with UNICEF Gujarat. More than 350 students participated in the program along with Cosmo teachers and the Sarpanch of the village. Ms. Divya Gupta, WASH Consultant, UNICEF, spoke about the importance of toilets, their maintenance and the diseases caused by open defecation & unhygienic toilets. She went ahead and appreciated the efforts of Cosmo Foundation to take this mission forward by engaging the community.

Puppet show and selfie stand were organized to motivate the students to use toilets responsibly by DivyeshTrivedi from Duduz house. A maintenance committee comprising of students was also formed. Shri Arvind bhai Patel, Principal and member of Gujarat Education board highly appreciated the sanitation blocks, the equipment provided and the maintenance mechanisms along with monitoring charts. Cosmo Foundation also launched a book ‘ChaloSikhiyeSauchalay Ni Janavani (Let’s learn the correct use and maintenance of toilet)’. Ms. Kamini Panchal, CEO, SWADESH who is engaged in construction of toilets in rural areas also joined the event.

Under the Swachh Bharat campaign, major focus lays upon the construction of toilets and making the community aware about safe sanitation practices in rural areas. Since the inception of this campaign, Cosmo Foundation-theCSR initiative of Cosmo Films Limited,has actively engaged with rural communities across Gujarat and Maharashtra to improve personal hygiene, environmental cleanliness and sanitation.The organization has constructed sanitation blocks for female students with hand wash facilities in govt. schools of Karjan block inVadodara district. Sanitary pad banks have also been set up for girls,which has benefitted more than 2000 young girls.230 waste bins have been installed across schools and villages of Karjan and Aurangabad.Cosmo has focused intensively on behavior change by organizing puppet shows, swachh school competitions, movie screenings, maintaining & monitoring chart by forming swachta Samitis, comprising of children. Awareness programs on Zero Waste Plastic Villages is also part of the campaign and we have kept separate waste bins for plastic waste.6000students from 34 government schools are covered under this program.

India has registered a sustained economic growth in the last few years. But it still faces a huge economic loss due to poor hygiene and sanitation. Inadequate sanitation poses serious issues for economic growth of the country by manifesting itself in the form of poor health, death, losses in education, overall productivity and well-being of its people. According to the World Bank, India loses 6.4 per cent of GDP annually because of this particular reason. But in the last couple of years, Indian government’s Swachh Bharat Abhiyan gathered a lot of attention and participation by more than one billion individuals across the country.70% of country’s population lives in rural areas, and only when the villages are developed is when holistic and inclusive development of the country is possible.