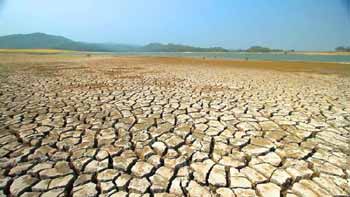 The Indian delegation led by Union Minister for Environment, Forest and Climate Change Shri Bhupender Yadav has reached at Abidjan, Cote D Ivoire to attend the Conference of Parties, 15th meeting of the United Nations Convention on Combating Desertification (UNCCD COP15) from 9th to 20th May 2022.

India had hosted the fourteenth session of Conference of Parties of United Nations Convention to Combat Desertification from 2nd to 13th September 2019, at New Delhi and is the current president of the same.

At COP 14, Prime Minister Shri Narendra Modi announced that “India would raise its ambition of the total area that would be restored from its land degradation status, from twenty-one million hectares to twenty-six million hectares between now and 2030”. The Prime Minister had then stated that, “…this will be focused on restoring land productivity and ecosystem services of 26 million hectares of most degraded and vulnerable land, with emphasis on the degraded agricultural, forest and other wastelands by adopting a landscape restoration approach.”

Despite the covid-pandemic, India during its presidency made significant contributions in bringing the nations together towards the global goal of halting and reversing land degradation.

A High-level Dialogue of United Nations General Assembly held on 14th June 2021   on desertification, land degradation and drought, was addressed by Prime Minister of India, Shri Narendra Modi wherein he highlighted the success stories and initiatives taken by India to combat land degradation.

In another significant development during India’s presidency, G-20 leaders recognizing the importance of combating land degradation and creating new carbon sinks, put up an aspirational goal to collectively plant 1 trillion trees, urging other countries to join forces with G20 to reach this global goal by 2030.

Also, for the first time, an Intergovernmental Working Group (IWG) on effective policy and implementation measures for addressing drought under the United Nations Convention for Combatting Desertification (UNCCD) was established by decision 23/COP.14. A draft report has been prepared and will be discussed during the current session of COP15.

The fifteenth session of the Conference of the Parties (COP15) of the United Nations Convention to Combat Desertification (UNCCD) at Abidjan, Côte d’Ivoire, from 9 to 20 May 2022, will bring together leaders from governments, the private sector, civil society and other key stakeholders from around the world to drive progress in the future sustainable management of land and will explore links between land and other key sustainability issues.

These issues will be discussed during the high-level segment on 9-10 May 2022, including a Heads of States Summit, high-level roundtables and interactive dialogue sessions, as well as numerous other special and side events.

Drought, land restoration, and related enablers such as land rights, gender equality and youth empowerment are among the top items on the Conference agenda. Through its decisions adopted by UNCCD’s 197 Parties, COP15 is expected to galvanize sustainable solutions for land restoration and drought resilience, with a strong focus on future-proofing land use.