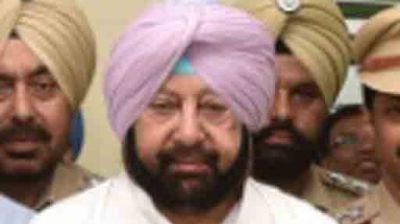 Moving a resolution in this regard during the Special Sitting of the Special (9th) Session of the State Legislative Assembly to mark 70th anniversary of Indian constitution, the Parliamentary Affairs Minister Brahm Mohindra said that “Today on 26 November 2019, this August House joins in Nationwide celebrations of the Constitution Day to commemorate the adoption of the Constitution of India and to pay tributes to the invaluable contribution of Baba Saheb Dr. Bhimrao Ambedkar and other founding fathers of the Constitution. On 26 November 1949, the Constituent Assembly of India adopted the Constitution of lndia which finally became effective on 26 January 1950 .On the lines of the Government of India, on this 70 Anniversary of the adoption of Constitution, the State of Punjab shall launch a State wide campaign focusing on creating awareness regarding a very important feature of the Constitution i.e. “Fundamental Duties”. This will start on 26 November 2019 and culminate on 14 April 2020 i.e. Baba Saheb Ambedkar’s Birth Anniversary which is celebrated as “Samrasta Diwas”.This House thus resolves to re-affirm its commitment to the Fundamental Duties enshrined in our Constitution. The Government of Punjab and the people in the state shall play a positive and effective role in fulfilling our duties towards our Country and our fellow citizens. This House also underscores the importance of preserving the basic structure of the Constitution and thereby strengthening democracy and democratic institutions and traditions in the country.” This resolution was adopted unanimously.

Earlier in the day taking part in the discussion Mr. Tript Rajinder Singh, Rural Development and Panchayat Minister while taking part in the discussion said that Dr. Bhim Rao Ambedkar had done remarkable job in drafting a wonderful constitution after minutely studying the various constitutions of the developed countries of the world. He urged upon all the electorates and citizens of the state to act as per the principles enshrined in the constitution to foster brotherhood and amity in all section of the society.

Mr. Manpreet Singh Badal, Finance Minister showered high words of praise upon the architecture of Inidan Constitution Baba Saheb Bhim Rao Ambedkar. He advocated that the copy of the constitution must be distributed among all the elected representatives. Mr. Charanjit Singh Channi, Technical Education Minister while praising the daunting task executed by Baba Sahed Bhim Rao Ambedkar said that it secularism is the basic foundation of the constitution and it advocated equal rights for every citizen of the state irrespective of caste, creed, colour and religion. Mr. Raj Kumar Verka flagged the issue of women empowerment. He said that it was the legacy of the Baba saheb that women in today’s word in India are living respectful lives.

It is a hard fact of life that Governments need revenue