Connecting North east with the rest of country is the priority

The Union Minister for Development of North Eastern Region (DoNER) Dr Jitendra Singh said that 4-day North East festival beginning from yesterday in Varanasi will offer an opportunity for the fusion of the two rich cultures of Ganga and Brahmaputra, represented by Varanasi and North East respectively. He said that Varanasi is a holy city and it is a unique opportunity to have this event organised  in Varanasi. He expressed happiness over the fact that North East culture is being showcased on the banks of Ganga. He added that this would also bring India's cultural diversities together and help people across India to understand what Northeast is all about. Dr Jitendra Singh was addressing at the inaugural function of 4-day ‘Destination North East’ Festival. Veteran cine star Zeenat Aman, Former cricketer R P Singh and several other celebrities for the world of films, music and sports were also present on the occasion.

The festival is being organised by the Union Ministry of Development of North Eastern Region (DoNER), led by a team of senior officers headed by Secretary DoNER Inder Jit Singh and Secretary North East Council K Moses Chalai. It is a 4-day event from 23rd to 26th November 2019 at IIT BHU grounds, Varanasi. The previous editions of ‘Destination North East’ were held in Delhi and Chandigarh. "Destination North East" 2019 is providing live experience to the audience. All the eight North Eastern States are participating in the event along with their respective handicrafts, handloom, organic products and cultural troupes.

Dr Jitendra Singh said that North East provides unexplored avenues for youth from all over India. He said, Northeast has something to offer to each of the young Start-Ups and aspiring entrepreneurs from all over India and therefore it is fast emerging as the favorite destination for youth from all over India. This will help in curbing youth exodus, he said. He said that youth should explore the opportunity of Business to Business sessions being held during the festival. He added that Government has built hostels for the North East students to help them pursue their studies in different parts of country.

The DoNER Minister said that North East model of development has today become a reference point for replication in other parts of India. There is so much to learn from North East. He said that some states like Sikkim have GDP that most of the other states don’t have. He spoke about the citrus fruit park in Mizoram. The Minister said that North East has a lot to offer to rest of India. He spoke about women empowerment in North east. He added that NE is New Engine for development of North East. He added that young entrepreneurs are also travelling to North East to find new avenues of employment. He also mentioned about "Venture fund" for start-ups introduced by DoNER ministry.

Dr Jitendra Singh said that Ministry of DoNER has taken various steps for the development of region. He said that development of peripheral states is the focus of Government since the Prime Minister Shri Narendra Modi took charge in 2014. He said that Prime Minister Modi himself visited Northeast more than 30 times during his first term. He added that Prime Minister Shri Narendra Modi attended the meeting of North Eastern Council after 40 years by a PM i.e. after Shri Morarji Desai. He added that North East has to develop at the same pace as other parts of the country.

Speaking about the initiatives for Northeast, the Minister said that connecting North east with the rest of country is the priority of Modi Government. Various steps have been taken to boost rail, air and road connectivity, he added. Dr Jitendra Singh said that budget to North east has been increased. He said that a train has been started from Itanagar to New Delhi i.e. Arunachal Express. He added that a train will soon be flagged off to Bangladesh from North East. He also spoke about Sikkim Airport.

The DoNER Minister said that the festival will provide an opportunity to create awareness and the people will learn about the rich culture of North East here. He encouraged youth to participate in the festival and find opportunities for economic development.
Read the full article
Tags: varanasi dr jitendra singh holy city Ganga North East Varanasi

India is on the verge of becoming a global manufacturing...

India could capture substantial chunk of Asian market in Bamboo...

Project will help expand the coverage of sewage treatment infrastructure...

Best practices of Aspirational Districts would be shared with the...

This mission will involve a lander, rover and a propulsion...

All three important agencies of DoPT- CAT, CIC and CVC... 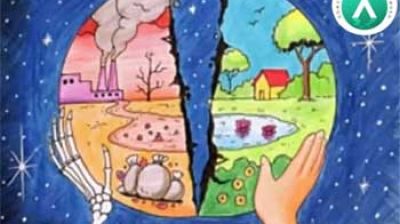 The protection and conservation of rivers cannot be achieved without...