Home Politics BJP Congressmen, go to UP, Uttarakhand, Goa, Manipur and Assam and see, the... 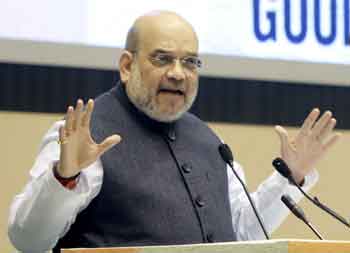 Congressmen, go to UP, Uttarakhand, Goa, Manipur and Assam and see, the custom has changed.

Home Minister Amit Shah said that Congress people say that it is the custom here that once Congress comes, BJP comes second time. Go to Uttarakhand, UP, Assam, Manipur and see, the custom has changed. Now once BJP comes, BJP comes again and again. Narendra Modi and Jai Ram Thakur have done the work of delivering gas cylinders to every house in Himachal in 5 years. The BJP has done the work of providing water from tap to every house here.
Amit Shah said that BJP gave free treatment up to 5 lakhs through Ayushman Bharat scheme and Himcare.

Amit Shah said that Congress has only one issue here, here the custom is once BJP, once Congress comes. Hey Congressmen, go to UP, Uttarakhand, Goa, Manipur and Assam and see, the custom has changed. Now once BJP comes, BJP comes again and again.

The whole country knows Himachal by the name of Devbhoomi, the land of gods and goddesses. But I always say that this Himachal is not only Devbhoomi but also Virbhoomi. The brave mothers here have done the work of keeping Mother Bharati safe by sending maximum sons. PLC/GT