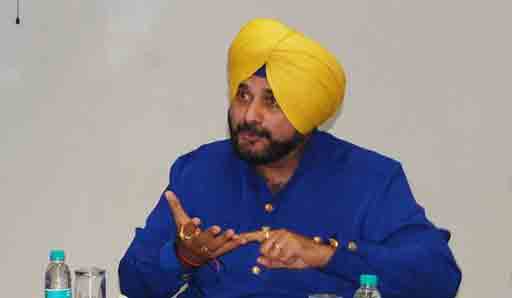 He accused the Punjab government of acting like a puppet of Delhi Chief Minister and AAP convener Arvind Kejriwal. Now a day later he has praised Bhagwant Mann. During an interaction with the media, Sidhu said that, “Congress needs to revive itself in Punjab to come back to power.” After this, Sidhu praises the Chief Minister and says, ‘I consider him my younger brother.

He is an honest man. I never pointed a finger at him. If he fights against mafia, my support is with him. I will stand by it by rising above the party line, because it is a fight for the existence of Punjab. He shared a cartoon on Twitter. In this, Punjab Government was written on a scooter, while the scooter had a cartoon of Arvind Kejriwal. A cartoon of Bhagwant Mann was sitting in front of Kejriwal.