Home Other Indian State News Congress is a democratic party 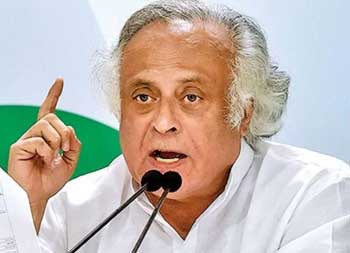 The Congress said it is completely united and its leaders (in the party) speak their mind freely as it is a democratic party.

Party General Secretary Jairam Ramesh’s remarks came at a time when Ghulam Nabi Azad, who left the Bharatiya Janata Party and the Congress recently, has said that the country’s oldest party should join the Congress before the ‘Bharat Jodo’ Yatra. Ramesh told reporters, “The party is strong… Congress is attached.

Those who are dissatisfied in Congress keep making statements. I think the party is united today. Every worker is engaged.” He said, “The Congress is a very big family. Congress is a democratic party. People speak their mind openly. Some write letters, some give interviews. It shows democracy. Without naming Azad, Jairam Ramesh said, “We have no dictatorship here.

We do not silence anyone. We celebrate people. Some people go away in spite of persuasion, by abusing them. I don’t want to say anything about them. Already said. “It is wrong to say that our priority should be to unite the Congress. The priority for us is to connect India. PLC/GT