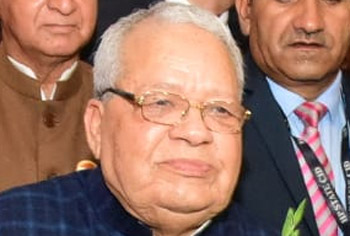 INVC NEWS
Shimla,
Governor Kalraj Mishra has directed the State Public Service Commission to speed up the recruitment process so that the vacant posts could be filled up in a stipulated time period. He was speaking during a meeting with the Chairman of the Commission Major General DVS Rana, who called up him at Raj Bhawan today.

He said that the state government was creating various posts which should be filled up at the earliest through the Commission to provide employment opportunities to the youth. He stressed that the recruitment process for the posts of Himachal Administrative Services and allied services should be completed  within a time period of six months.

The Governor expressed happiness that the Commission was adopting complete transparency in the recruitment process which should be maintained in the future as well.

The Chairman apprised the Governor about various initiatives taken by the Commission to improve its functioning.

Director General of Police (Jail) Sumesh Goyal also called on the Governor and detailed him about the 'Jail-to-Job' campaign and other steps taken by the department for welfare of the jail inmates. The Governor directed to ensure better health and other facilities to the inmates especially the female prisoners.

While interacting with the delegation of the ABVP, the Governor urged them to be a part of anti-drug campaign in the State as the students could play a major role in educating the society to tackle this menace, which has come up as a big challenge before us.

Later, the Convenor of the State BJP Tourism Cell Ravinder Sharma along-with other members of the Cell also met the Governor.

Kalraj Mishra asked the Cell to prepare a vision document for giving boost to the tourism sector as the State has vast potential for adventure, cultural, religious and eco-tourism which would also provide employment and self-employment avenues to the youth. 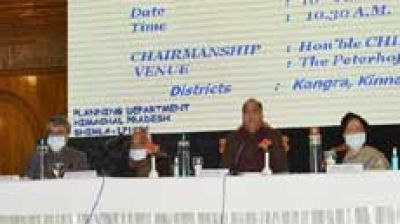