Forests provide livelihood, forests act as catchments for rivers and waterbodies and forests also act as carbon sink. So it is important to have an institutional mechanism to receive and manage funds for compensatory afforestation.

Forests have long been considered very important as they render ecological services that cannot be quantified. Healthy forests add to the wealth and health of a nation but at the same time, there are certain development imperatives that necessitate that forests be cut for a project that is considered as essential for larger good of the society.

According to India State of Forest report 2015, the forest and tree cover extends to 23% of the country’s geographical area. These forests, diverse in types – reserved forests, national parks and sanctuaries, community forests – also act as carbon sinks. India has laid huge emphasis on its forests playing a major role as carbon sinks as part of the mitigation measures as mentioned in its action plan to combat climate change. Government’s long term plan is to bring 33 % of area under forests and tree. As per its action plan to combat climate change submitted to the UN (INDCs), India is expecting to enhance carbon sequestration by about 100 million tonnes CO2 equivalent annually. This was part India's submission ahead of the climate summit at Paris in December 2015. India on October 2, 2016 ratified the landmark Paris climate deal, which aims to keep the global temperature rise in check.

However, at the same time, development for a growing economy like ours is important. In a number of infrastructure projects – roads, thermal plants, mining and even building townships – the government gives permission to divert forest land for non-forest purpose under the Forest (Conservation) Act, 1980. This is given on the condition that the ‘user agency’ will deposit the stipulated amount to undertake compensatory afforestation to mitigate the negative impact of forest land diversion.

These monies are supposed to be collected under the newly formalized structure the Compensatory Afforestation Fund Management and Planning Authority (CAMPA) as against the earlier ad-hoc body that was set up after the Supreme Court order. The Compensatory Afforestation Fund Bill was introduced in the Lok Sabha on May 8, 2015. But it was soon referred to the Department-related Parliamentary Standing Committee on Science & Technology, Environment & Forests on May 13, 2015. The Committee submitted its report on February 26, 2016. Based on the Committee’s report, the Centre proposed an amendment to the bill in the Lok Sabha and finally the Bill was passed in the lower house on May 3, 2016. The Rajya Sabha passed the Bill on July 28, 2016.

The Bill envisages (i) establishing the National Compensatory Afforestation Fund and a State Compensatory Afforestation Fund for each of the states; (ii) receiving funds (from user agency) in national level and state level Funds for compensatory afforestation, net present value of forest and other project specific payments; (iii) spending the monies thus collected primarily for afforestation to compensate for loss of forest cover, regeneration of forest ecosystem, wildlife protection and infrastructure development and (iv) establishing the national and state level fund management authorities to manage respective Funds.

Rs 40,000 crores. Yes, a whopping Rs 40,000 crore. This is what the data with Ministry of Environment, Forests & Climate Change (MoEF&CC) show as the amount accumulated with the ad-hoc body that was formed in compliance of the order passed by the Supreme Court in absence of any permanent institutional mechanism.

The user agency deposits the money for compensatory afforestation and other charges as stipulated. According to Ministry of Environment, Forests & Climate Change, large tracts of forest are routinely cut down or as they say, diverted, for non-forest purposes – according to a study by Centre for Science and Environment, it is approximately 4-to-5 million ha of forestland diverted between 1947 and 1980 – almost 20,000 to 25,000 ha annually, bringing in an approximate Rs 6000 crore accrual per year and totaling to about Rs 40,000 crore till date.

Indian lifestyle traditionally has been environment friendly. People, communities lived in sync with nature and protecting and conserving natural resources, especially water and forest, were given prime importance. Protection of sacred groves was a revered task even as communities took from the forests only as much as was needed.

After centuries of community-driven forest management came the ‘scientific forest management’ as started by the British. A major difference made was that the forest that belonged to the community was now suddenly a property of the government. It was much later, post-Independence, actually in 1988, when as part of the National Forest Policy, 1988 that the government formally recognised the importance of “associating local people in protection, management and development of forests”. Thus came about the Joint Forest Management (JFM).

Circa 2016, we now have the Compensatory Afforestation Fund Management and Planning Authority (CAMPA) bill finally passed.

Even when we hope that the whole process of compensatory afforestation and improvement of degraded wastelands gets a huge boost through the formalisation of CAMPA, we should hope that CAMPA does not hamper the implementation of Forest Rights Act.

A major factor in implementation of the provisions of CAMPA is direct participation of the community, which will be of vital importance while actual implementation at ground level. With no dearth of funds, it can also be hoped that the quality of forests will actually improve with compensatory afforestation and it may not end up as monoculture short-life plantation.

Nivedita Khandekar is a Delhi-based independent journalist. She writes on environmental, developmental and climate change issues.

Disclaimer : The views expressed by the author in this feature are entirely her own and do not necessarily reflect the views of INVC NEWS . 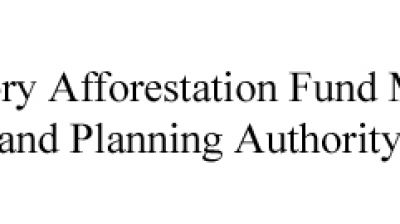 Government of India may be requested for allowing the State...

Paryatan Parv: An occasion to further explore the rich diversity...