Union Minister of Home Affairs Shri Amit Shah interacted with the probationers of the 2018 batch of the Indian Police Service (IPS) in New Delhi today.

Addressing the probationers, Shri Shah encouraged them to be proud to be part of a service that is continuously working to ensure safety and security of the people. He said that contrary to the image of police portrayed in popular culture, it is these officers, from top to bottom, who are responsible for maintaining law & order and safeguarding the internal security of the country. He said that there is a need for bringing a positive change in the public perception about police. Shri Shah said that for developing a positive image of police, it is necessary that young probationers focus on discharging their official duties honestly and make positive contribution for the betterment of the society.

Giving his views on reforms in the policing system, Shri Shah said that reforming the system does not mean shunning the traditional ways of policing totally, rather it is a continuous process of adaptation of the old methods to address new challenges.  He noted that the challenges faced by societies change, and so should the responses to them, from laws to technology. The Home Minister said that the government is committed to police reforms and encouraged the probationers to individually carry out small yet important improvements in local police functioning, wherever they were posted. Maintenance of peace and stability is very important to achieve PM, Shri Narendra Modi’s vision of a $5 trillion economy, he added.

Shri Shah expounded on the changing role of police and said that the colonial role of police as an agent of fear is not the reality of today. He called for the fear associated with police to be removed by bringing a positive behavioral change in the personnel and added that the IPS as an institution must make this change percolate to the grassroots. He said that in PM’s vision of a ‘New India’, minimum use of force and maximum effectiveness should be the motto of police everywhere and there is a need of human touch and sensitivity in the Police to gain peoples’ trust.

Shri Shah called for a conceptual change in the Indian Penal Code (IPC) and Criminal Procedure Code (CrPC) and said that the amended code must be in line with India being a Welfare State. He noted that the purpose of the IPC and CrPC has shifted from preservation of the British Empire to the welfare of people, and this has to be reflected in the provisions and application of the code.

Shri Shah advised the probationers to never run away from responsibility and never compromise with discipline. He said that there are three constituents of constitutional framework of the country - the people, the government and the bureaucracy. The government and the bureaucracy need to perform their roles responsibly in order to effectively implement the Constitution in its letter and spirit.

Speaking on taking tough yet right decisions, Shri Shah asserted that some bold decisions are necessary to be made for people’s benefit, without getting bogged down by the fear of a backlash. He quoted the example of Jammu and Kashmir and said that not a single bullet had been fired or not a single person had died after the abrogation of Article 370. He also added that only 10 police stations of Kashmir, out of 196, have Section 144 in force.

Shri Shah further said that Jammu and Kashmir would not remain a Union Territory forever and that the statehood would be returned once situation is normalized. He said that the notion that only the Article 370 protected the Kashmiri culture and identity was a wrong one. He asserted that all regional identities are inherently protected by the Indian Constitution and called the misuse of Article 370 the root cause of cross border terrorism.

Speaking on the need for a National Register of Citizens (NRC), he asserted that NRC was essential not just for national security but for good governance as well. He said that the NRC must not be seen as a political exercise but a Constitutional one, as it is very important to have a national citizen register in order to ensure that benefits of development reach all our citizens.

Talking on how the efficiency of working of the police be improved, Shri Shah told the probationers that as IPS officers, their job would be to ensure that there is freedom to take required decisions and owning up of responsibility at all levels, without overstepping of boundaries. He urged the young officers to encourage and inspire their staff and build capacity of constables. He asserted that an organization can only be as strong as its base, and the base of the police system is the constable.

Speaking on the increasing proportion of women in police at every level, Shri Shah said that lady IPS officers can inspire other women to join the police. He said that gender-based reservation was not the answer to the issue of inadequate representation of women in the police. He spoke of the need to change societal mindset in this regard and expressed confidence that this would gradually happen. 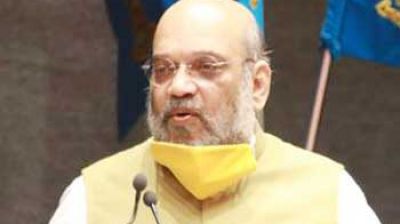 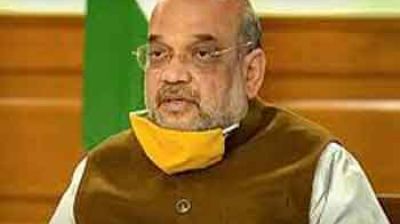 Only the youth can provide the right direction and empower... 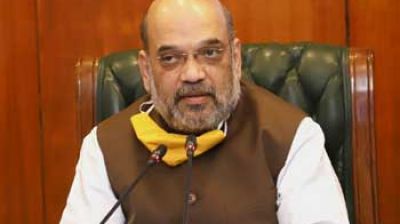 No one sleeps hungry