Committed for justice and equality of all individuals

Dr. Harsh Vardhan, Union Minister for Health and Family Welfare today wrotea letterto the Union Minister of Law and Justice, Shri Ravi Shankar Prasad and the Union Minister of Social Justice and Empowerment,Shri Thaawarchand Gehlot, seeking amendment of the existing discriminatory laws against persons affected by leprosy.“It will be a befitting tribute to the Father of the Nation on his 150th Birth Anniversary if we can expedite the process and introduction of the Elimination of Discrimination against Persons Affected by Leprosy (EDPAL) Bill, which was drafted by the Law Commission of India and annexed in its 256th Report”, Dr Harsh Vardhan wrote in his letter to the two Union Ministers.

In his letter, Dr Harsh Vardhan further wrote that “Even though the disease is now fully curable,it is disturbing to learn that there still exist 108 discriminatory laws against persons affected by leprosy including 3 Union and 105 State laws”. He stated that theNational Leprosy Eradication Programme (NLEP) has achieved enormous success in leprosy control, particularly in the last four decades. “In addition to the routine activities, more than a dozeninnovations were introduced from 2016 onwards in a phased manner to address the issuesbeing faced by the programme. Majorly, Leprosy Case Detection Campaign (LCDC) (specific forhigh endemic districts), Focussed Leprosy Campaign (for hot spots i.e., rural and urban areas), Special plan for case detection in hard toreach areas, ASHA based Surveillance for Leprosy Suspects (ABSULS) have contributed to early casedetection. In addition, Sparsh Leprosy Awareness Campaign (SLAC) is implemented to reducestigma against persons affected by Leprosy in the community.These innovations have given the much needed impetus to the programme. Moreover, leprosy has become fully curable by Multi–Drug Therapy (MDT). This therapy is available free of cost at all the Government health care facilities in the country”.  A leprosy affected person after treatment does not transmit the disease agent. Hence, there exists no justification for the continued stigmatization of the persons affected by leprosy, Dr Harsh Vardhan stressed.

Requesting for proactively taking steps to redress this wrong, Dr Harsh Vardhan said that India is committed for justice and equality of all individuals including persons with disabilities as per the United Nation’s Convention on the Rights of Persons with Disabilities (UNCRPD). He also mentioned that the target of Global Leprosy Strategy, 2016 – 2020 is to reduce the number of countries with laws allowing discrimination on the ground of leprosy to zero.

In his letter to the Chief Ministers of 23 States/UTs (Andhra Pradesh/Telangana, Karnataka, Tamil Nadu, Odisha, Goa/Daman & Diu, Kerala, Madhya Pradesh, Chattisgarh, Sikkim, Meghalaya, Haryana, West Bengal, Uttar Pradesh, Gujarat, Assam, Maharashtra, Bihar, Puducherry, Delhi, Rajasthan and North Eastern Region and Governor of J&K), Dr Harsh Vardhan requested them to earnestly look into the matter and direct all the concerned departments/ officers to work for the amendments of the existing discriminatory laws against persons affected by leprosy. The Union Health Minister also outlined the discriminatory laws that need to be amended in the States.

Stakeholders to share the correct information and to avoid rumours

Situation is being closely monitored by the top officials of...

Ideas would be further taken up to Rashtrapati Bhawan

Whole genome data will be important for building the knowhow 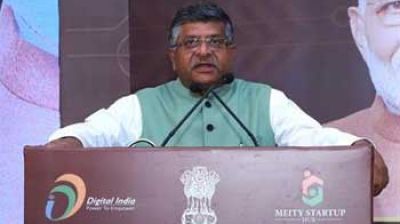 Steps are being taken up