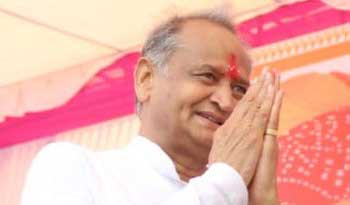 INVC NEWS
Jaipur,
PadharoMhare Des’ COVID Relief Concert Series is a fundraising digital concert series that will premiere on Facebook on Sunday, 22 November at 7.30 PM. Hon’ble Chief Minister of Rajasthan, Shri Ashok Gehlot will inaugurate the virtual concert series on Sunday evening.This concert series is an initiative of Rajasthan based singer Manesha A Agarwal’s Arpan Foundation. The series will feature more than 70 folk artists from the remotest parts of Jodhpur, Jaisalmer and Barmer.

Ms. Manesha A Agarwal, Founder, Arpan Foundation, said, “For months, I was at unrest because the COVID crisis had created a vacuum in the lives of folk artists.” She further added, “with Arpan foundation and a team of entertainment and media professionals, we set out on a quest to record performances of these artists from where they live. These performances are now woven into a fundraising virtual concert series”.

IIHMR University has been supporting noble initiatives in the past and supports this cause wholeheartedly.