CM arvind kejriwal to reduce vat on petrol and diesel

Total Read - 123        Comments - 0
INVC NEWS
New Delhi ,
Several Resident Welfare Associations (RWA’s) and civil society groups  in capital  have urged Chief Minister Arvind Kejriwal to reduce Value Added Tax (VAT) on petrol and diesel  to bring much needed respite Delhiites as they are already suffering from rising cost of essential commodities as well as lack of sufficient public transport. “The central government had slashed the rate of  petrol and diesel by Rs 2.50 per litre each on September 4. This was followed by reduction of Value Added Tax (VAT) by various states including neighbouring Haryana and Uttar Pradesh bringing relief to their residents. We urge Delhi government to reduce VAT on fuel both ptro and diesel  in the National Capital and bring the fuel prices down” said Mr V.K Arora, convenor, Delhi Residents Forum. “ As the festival season  has already started , the capital’s residents are being forced to use private vehicles in the Capital due to lack of affordable and efficient  public transport. Due to price difference of about Rs Two to Three in fuel prices  with neighbouring Haryana and Uttar Pradesh , Delhiites living near borders are are being forced to buy  fuel from neighbouring states which is Bharat Standard(BS) IV as compared to less polluting BS VI in Delhi” said Mr Arora. “This is resulting in loss of exchequer to Delhi government which has VAT of  27  per cent on Petrol and 16.75 Per Cent on diesel as most of Delhiites daily commute between neighbouring NCR cities of Gurugram , Noida and Faridabad for work as most of the offices are located in these cities and get their fuel tanks filled from these cities” Said Mr Manish Chawla ,a resident living in Anand Vihar . “As winters are approaching use of BS IV  in capital is also leading to more pollution in capital coupled with burning of crops in enamouring states leading to health issues ” said Mr V.N.Bali, President, RWA Federation, Delhi East. “We urge Delhi government to immediately reduce VAT on fuel and even lower than the neighbouring states bring immediate relief of already burdened residents especially during the festival season as most of us travel more than normal days during coming festivals days“ said Mrs Ritu Bhatia, Secretary , Mahila Pragatisheel Association (MPA) .
Read the full article
Tags: Secretary Convenor MAHILA PRAGATISHEEL ASSOCIATION Ritu Bhatia Delhi Residents Forum V.K Arora Manish Chawla 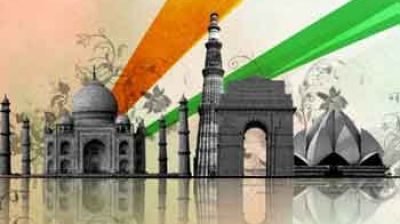