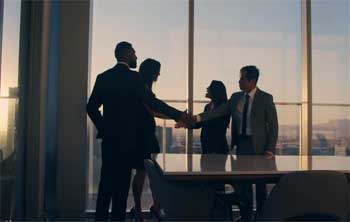 Turkey, which is opposing Sweden and Finland joining NATO, has now agreed. After talks with the top leaders of the three countries, NATO Alliance Secretary General Jens Stoltenberg has said that now an agreement has been reached between the three countries which paves the way for Finland and Sweden to join NATO.

He called it a historic decision. After the Russian invasion of Ukraine, countries such as Sweden and Finland have been forced to leave non-aligned status and join NATO. Please note that Finland shares a long border with Russia. Under the NATO treaty, an attack on any member state would be considered an attack against all member states and the attack would be responded to by the entire coalition. NATO operates by consensus.

Since Turkey was opposed to Finland and Sweden joining NATO. In such a situation, without the consent of Turkey, these two countries could not become NATO members. Turkey has said countries such as Finland and Sweden change their stance on Kurdish rebel groups that Turkey considers terrorists.

After more than a week of talks, the three countries have reached a joint agreement. Turkey has said that we wanted full cooperation in the fight against the rebel groups, which we have received. PLC/GT

Now the number of member countries of NATO will be 32