Circular economy plays a vital role in conserving the Himalayas

- Daughter of the Himalayas talked about the role of environment, the Yamuna and conserving natural resources of Himalayas -

Dancer, film producer, poet, entrepreneur, environmentalist, and social activist, Arushi Nishank emphasized the role of circular economy in conserving the Himalayas at a workshop on “Circular Economy in Business: A Blue Print for Action Towards SDG-12” held in New Delhi. The event was organized at UNESCO house and Dr. Vivek Saxena, Country Representative, IUCN India, set the tone of the event 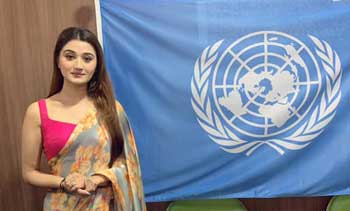 by introducing the circular economy and the theme 'Learn from Nature: What comes from nature, shall go back to nature or to the process of production/consumption'.

It was the right platform where the concerns of conservation could be raised and the daughter of Himlayas Ms. Arushi Nishank made it clear that she is dedicated towards the cause. "It was an honor to be a part of the master workshop on the circular economy in business. The circular economy plays a vital role in protecting & conserving the Himalayas by utilizing the waste for making clothes bags, aroma essence etc. It also creates employment opportunities in the Himalayan reign and will, in turn, helps to put a check on migration," she said.

A circular economy is a systemic approach to economic development designed to benefit businesses, society, and the environment. In contrast to the ‘take-make-dispose’ linear economy, a circular economy is restorative and regenerative by design and aims to decouple growth from the consumption of finite resources.

Later on, Ms. Nishank said that the main agenda was to communicate to the world about limited resources we have in the Himalayas, to spread awareness about reducing waste and utilizing the natural resources.

With a population of over 1.3 billion people, accounting for 18% of the global population, living on only 2.4% of the world’s surface, India is likely to face significant resource constraints. "To achieve the desired economic growth rate, which our PM has envisioned, we have to tackle issues of resource scarcity and move towards environmentally sustainable model of development. We have to stop the overexploitation of the planet‘s biocapacity and the Himalayas are an inseparable part of this biodiversity. Meddling with environment is will not only risk human livelihoods and food security, but will hamper the overall well-being of our Mother Earth," she said.

Arushi is an enthusiastic environmentalist who wants to spread awareness in people regarding the conservation of nature, especially rivers. She is emphatically highlighting the deteriorating conditions of various rivers in India, including Maa Ganga. Inspired by her efforts for saving the Ganga, thousands of people across the world are now associated with Namami Gange programme. She has also composed and choreographed many compositions like "Ganga Avataran", a story of Goddess Ganga coming to earth, and "Sajda", a Sufiyana classical Kathak Dance. 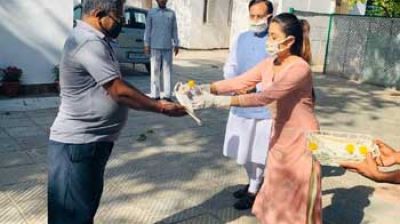 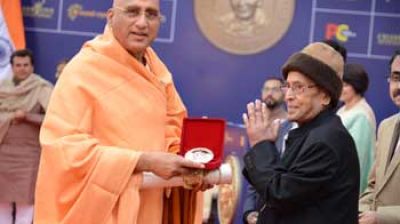 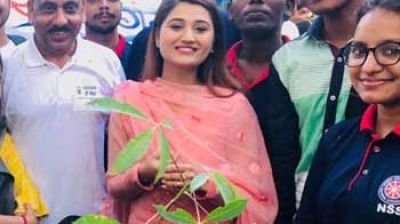 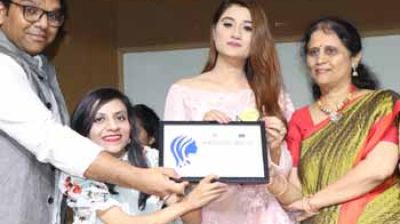 Prime Minister calls upon the economists to address the adverse...