Home Other International Chinese army preparing to launch a massive attack on the edge of... 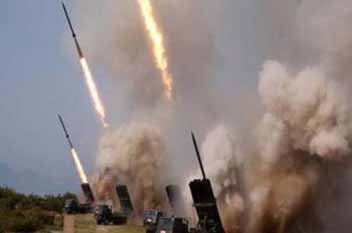 This information has been received from the pictures taken by satellite. According to a Taipei naval analyst, they show up at a training camp in remote Taklamakan in Xinjiang. It clearly shows that there is a fake ship anchored in a naval base and it is attacking the targets.

This exercise is being done by creating a layout similar to what is actually being done in Northeast Taiwan and Guam.

Recent satellite images clearly show that China’s military is preparing to launch a large-scale attack on the edge of the desert, including destroyers and docks. He has also prepared for the target and the limit. The US Naval Institute has told that China has prepared to attack in many ways. In fact, China’s military has always considered America as the second line of defense to the east of Japan.